Head of female engagement made redundant by Cricket Australia

admin June 25, 2020 Sport Comments Off on Head of female engagement made redundant by Cricket Australia 28 Views 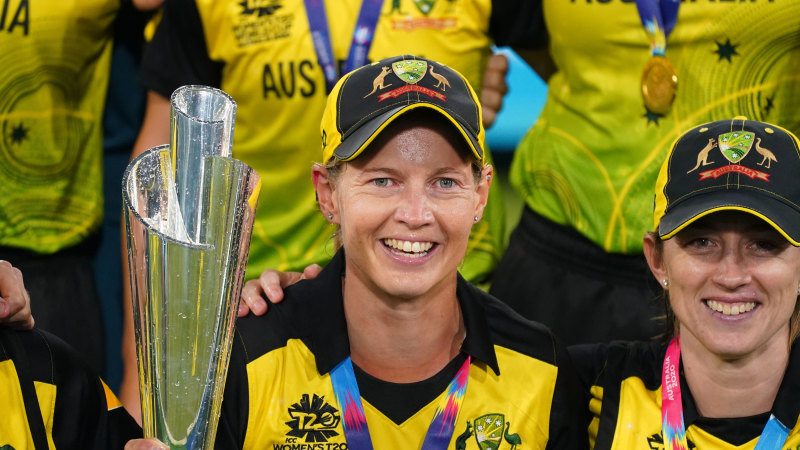 Last year’s report delivered a sobering warning despite Australia’s standing as the best women’s team in the world. “Reality is, many Australians still do not automatically consider cricket to be a sport for girls,” it said.

Staff will learn on Friday which of their colleagues have survived the restructure but Styles’s departure has surprised those who know.

The senior position will become a part-time coordinator role which liaises with each department at CA on its various female engagement strategies. CA have also formed a state and territory women’s committee led by the EGM of public affairs Karina Keisler.

Styles’ departure is being viewed by CA as a mark of the success she has had in her role, though it will do little to allay suspicions investment in women’s sport will become a victim of the pandemic.

It comes three months after more than 86,000 fans watch Meg Lanning’s side claim the T20 World Cup in a landmark occasion for women’s sport in this country.

Last week, a report by True North Research surveying 4832 Australian and New Zealand residents determined the national women’s team as rating highest for engendering the greatest level of pride, trust, enjoyment, respect and bond of all teams in the country.

Cricket is a leader in women’s sport in Australia after a historic pay deal in 2017 allowed the country’s top female players to earn as much as $300,000 a year, though the elite men are still paid much more.

The minimum retainer for national contracts is about $80,000 while state deals are worth an average of $26,460.

Under Styles, CA launched its first national women’s cricket campaign, #WatchMe. CA says it has 45 per cent representation in its workforce, while five of its 11 executives are women, and three of its nine-member board are women.

“Cricket Australia has been a pioneer in female engagement in sport and Sarah has been at the forefront of that strategy,” CA said in a statement to The Sydney Morning Herald and The Age.

“While we are sorry to see Sarah go, her work embedding female engagement across the organisation means we are well placed for continued success.

“A cross-functional committee sponsored by the executive team will continue to oversee this strategy. Cricket Australia remains absolutely committed to engaging females, as fans, players, participants and employees.

“We thank Sarah for her outstanding contribution to Australian cricket and wish her well in her future endeavours.”

Previous Why Kangaroos-All Blacks showdown could be over before it began
Next Vale John Kennedy: he thought, and he did