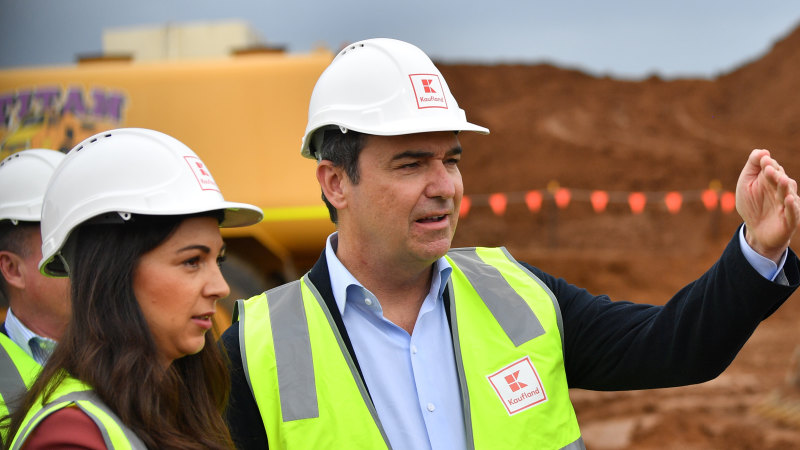 The empty site is opposite large housing estates in Dandenong West on the busy Princess Highway and will give Woolworths enormous exposure for retail offerings it puts there.

On the other side of town, ASX-listed Aventus Group snapped up a 31,470 sq m site that Kaufland had acquired immediately next door to its Epping Home centre.

When it purchased the Epping land from BWP, it came with a full-size Bunnings outlet which Kaufland later razed.

Kaufland on-sold the vacant land at a loss to Aventus for $11.5 million, with settlement in late July, adding salt to the wound of its disastrous foray into the local market.

“Aventus is excited to have secured this site which adjoins our current Epping Home centre,” chief executive Darren Holland said.

The acquisition increases Aventus’ Epping land to more than 90,000 sq m and the activity centre zoning gives it flexibility to add a mix of retail, residential, office, medical and large format, he said.

Kaufland is understood to be seeking to finalise all its property sales this year.

The company was set to open as many as 30 stores across Australia before its large-scale rollout suddenly imploded.

It had purchased a large 28-hectare site in MAB’s Merrifield Business Park in Melbourne’s north for its distribution centre in March last year and was in full swing on construction of a new $255 million distribution centre when the decision was announced.

The state-of-the-art 117,000 square metre facility was expected to generate 600 jobs in the area and was being built by Vaughan constructions on land purchased from private developer MAB Corporation.

The company had also celebrated breaking ground on its first South Australian store, which cost $24 million and was set to create 150 jobs.

Previous The toppling of statues is a moment in history, not its erasure
Next Media regulator wants crackdown on fake news, misleading ads