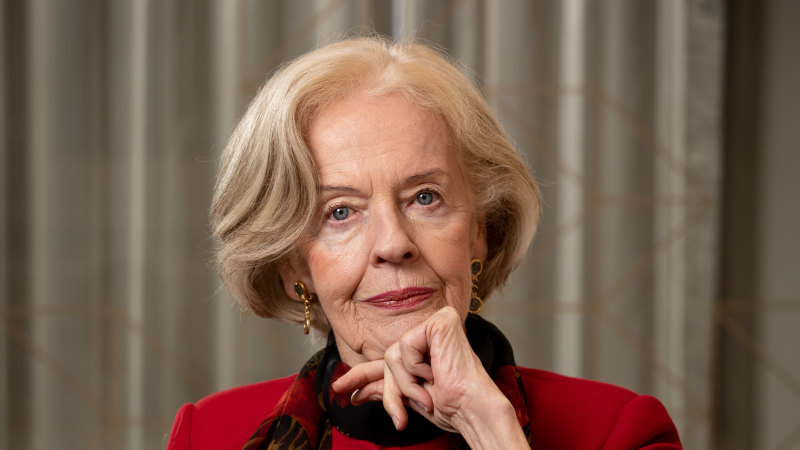 Sexual harassment in the workplace had “grave effects” on young women’s lives, she said.

The accusations reportedly made by former young female judicial associates to a High Court investigation, led by former inspector-general of intelligence and security Vivienne Thom, were “deeply disturbing in many aspects”, Dame Quentin said.

Dr Thom concluded Mr Heydon had sexually harassed six young women who had worked at the High Court as judge’s associates, five of whom had worked for him.

The High Court accepted these conclusions but Mr Heydon, who left the court in 2013 after a decade on the bench, denies the claims.

“I’ve been reflecting on the strength and courage of the women who have come forward,” Dame Quentin said.

The High Court confirmed on Thursday it had contacted more than 100 former associates who worked at the court during Mr Heydon’s decade on the bench and invited them to speak to Dr Thom about their experiences at the court.

In the first tranche of emails 107 former associates were contacted, the Herald understands, 59 of whom were men and 48 women. The court is seeking to track down about 30 more associates.

A High Court spokesman said Dr Thom was “not conducting a further investigation and will not be” and “what, if anything, comes of those conversations is hypothetical at this point”.

In a statement on Monday, High Court Chief Justice Susan Kiefel said the six women at the centre of Dr Thom’s investigation “have been believed” and “we’re ashamed that this could have happened at the High Court of Australia”.

Mr Heydon, who retired from the court when he reached the mandatory judicial retirement age of 70, has vehemently denied wrongdoing.

Mr Heydon’s lawyers, Speed and Stracey, said in a statement: “Our client denies emphatically any allegation of sexual harassment or any offence” and ‘‘any allegation of predatory behaviour or breaches of the law is categorically denied by our client.’’

“Our client says that if any conduct of his has caused offence, that result was inadvertent and unintended, and he apologises for any offence caused,” the statement read.

“The inquiry was an internal administrative inquiry and was conducted by a public servant and not by a lawyer, judge or a tribunal member.”

It is understood Mr Heydon elected not to be interviewed by Dr Thom, who drew no adverse inference from that decision.

On Wednesday, Mr Heydon’s name was removed from the website of his chambers in Sydney, Eight Selborne.

Previous Forget V or W, Telstra boss Andy Penn has a D-shaped recovery in mind
Next The ‘giant wombat’ fossil that had to be discovered twice