Swans fear the worst as Naismith suffers another knee injury 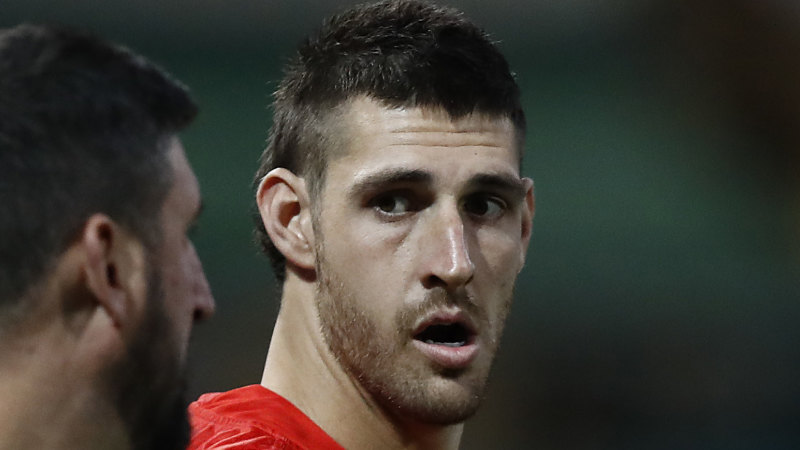 The 27-year-old was mourning the death of his sister, Kristi, who had been battling pancreatic cancer and passed away during the AFL’s COVID-19 shutdown period.

“He missed two years of footy and he came back and plays round one, and plays really well. And then obviously the break … he lost his sister through that break and then he comes back and does his knee,” a devastated Longmire said.

“I’m not exactly sure [how he injured it], I only spoke to him briefly.

“There’s nothing you can say. You’ve just got to be there. Sometimes it’s just sitting there.

“We need to give him some time to digest it – it obviously has to get confirmed – and we’ve got to be with him and look after him. He’s in a number of ways just had a terrible run.”

Another major knee reconstruction could spell the end for Naismith, a Swans favourite and NSW product whose time in the top flight has been continually dashed by injuries.

Picked up by Sydney in the 2013 rookie draft, Naismith made his debut in the final game of the 2014 season, but didn’t play a game the following year because of glandular fever and osteitis pubis.

Thursday’s 28-point defeat to the Bulldogs was just his 30th game in the AFL.

After sitting out the last two seasons, Naismith made his long-awaited return for the Swans in their round-one win over Adelaide, a match he dedicated to his sister, but missed rounds two and three because of a hamstring issue.

“I think Naismith’s done his knee again and that’s quite tragic for him and the Swans. Best wishes to him,” Beveridge said.

Previous Low-scoring footy is here to stay, and it’s going to get worse
Next Emotions high for Swans skipper Kennedy as Bontempelli-inspired Bulldogs complete Sydney sweep