Breaking News
Home / Sport / As it happened: Victory over Dragons comes at a price for Roosters, Storm blow away woeful Warriors

As it happened: Victory over Dragons comes at a price for Roosters, Storm blow away woeful Warriors

admin June 26, 2020 Sport Comments Off on As it happened: Victory over Dragons comes at a price for Roosters, Storm blow away woeful Warriors 34 Views 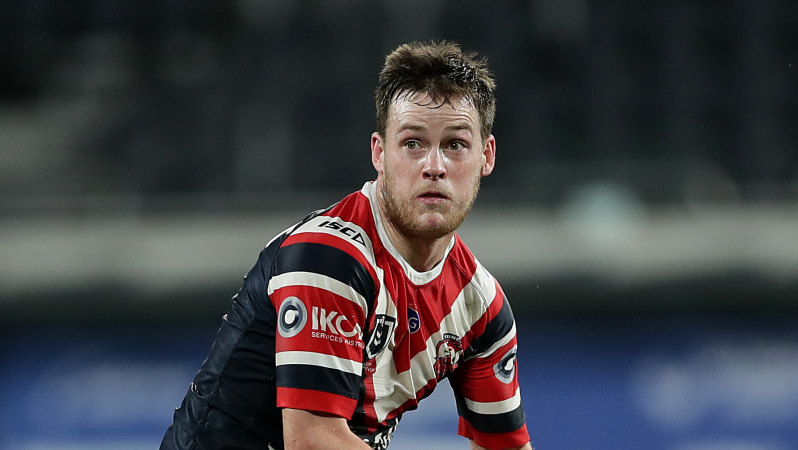 It took them a while but the premiers get clear of the Dragons to win their fifth straight. But it would come at a massive price, with Victor Radley and Sam Verrills both with ACL’s and both gone for the season. The Roosters are on the warpath about the surface at BankWest Stadium and this might only be the start of the fallout.

Enjoy your weekend, thanks for tuning in, full reactions in the SMH later tonight and tomorrow’s paper.

Ben Hunt fails to put the penalty out for the Dragons and up the other end, Morris scores after a few sets. Sliding doors. Keary with the delightful kick and Morris somehow outleaps the very tall Saab, who barely put in much of an effort there. Game over, what a win this will be given what happened in the first half. It’s 26-12.

Lomax goes close! The kick from Norman was a good one and that gave the Roosters a scare. Morris the saviour and the Roosters keep that 20-12 lead with about five minutes left. They should be good enough to hang on from here, Keary has been wondrous tonight.

Keary stepping up in a big way for the Roosters. He slices through on the back of a big run of possession and puts his side up 20-12 with 15 minutes to play. They’ve settled now after that emotional low in the first half when their players were falling to serious injuries and now they are on track for a very good win given the circumstances.

This is tense stuff, both sides really digging in and desperate to win this one for a whole bunch of different reasons. Roosters lead 14-12 after that terrible news in a first half that saw both Victor Radley and Sam Verrills go down to ACL tears.

Maybe that will be the spark they need on a tough night at the office. Keary just all class there… plays what he sees, holds off passing and instead opts for the kick in behind and that’s a fine rugby league try. They retake the lead and it’s 14-12.

A Lomax penalty puts the Dragons ahead for the first time and with no Tedesco, no Radley, no Verrills, the Roosters are looking vulnerable in a big way. They are a champion side so won’t be going down without a fight and here they are on the march now. And can you believe it, a speculator of a kick ends up in a try out of nothing for Brett Morris. Amazing.

Having a look at a potential try just four minutes into the second half. Flanagan the man who has crossed but it’s gone back for an offside against Brett Morris. Still 10-10 and the Roosters would have loved that one.

That’s the end of a drama-filled first half. The Roosters have lost both Victor Radley AND Sam Verrills for the season after ACL injuries, with the club lodging a complaint to the NRL about the surface at BankWest. Meanwhile, after almost imploding a few weeks ago, the Dragons have won two straight and are right in the mix against the premiers. See you on the other side.

Big, strong… he’s been good for the Dragons in this half. Apparently he’s desperate to leave the Dragons because of the long commute from Sydney.

Could he not… wait for it… move to the Gong?

Previous High-speed NBN upgrades will depend on consumer demand: Fletcher
Next Roosters fuming about surface as stars suffer season-ending injuries