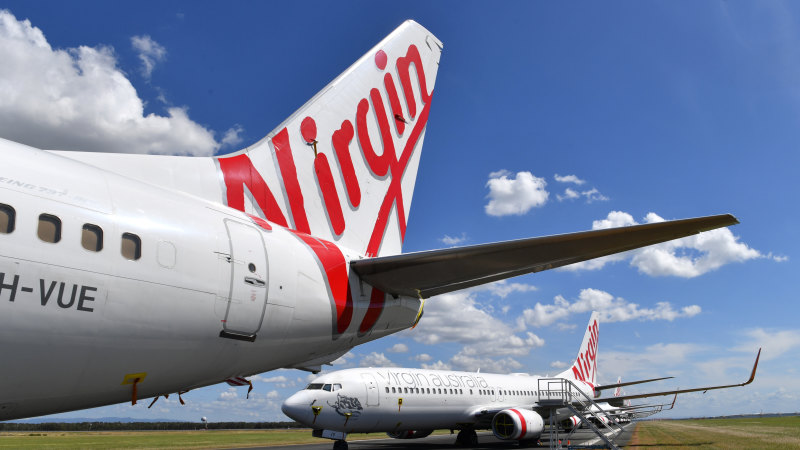 Bain said it was committed to protecting “as many Virgin Australia jobs as possible”, honouring frequent flyer points and travel credits for cancelled bookings and would back Virgin’s current management led by chief executive Paul Scurrah.

“We are determined to see that Australians have access to competitive, viable aviation services for the long term,” Bain’s local boss Mike Murphy said.

The New York-headquartered Cyrus said that after submitting a binding offer for Virgin on Monday as one of two short-listed bidders, “administrators have not returned calls, emails, or meaningfully engaged with Cyrus to progress its offer”.

Cyrus said in a statement that as a result, it withdrew its offer on Friday morning.

“I am disappointed that it has become necessary to withdraw our offer,” said Cyrus founder and chief investment officer Stephen Freidheim.

“Cyrus firmly believes that the Australian aviation industry has a bright future and would be willing to reinstate our offer if the administrators agree to re-engage in good faith, productive discussions.”

Virgin went into voluntary administration in April with debts of $6.8 billion, setting off a months-long sale process. Deloitte was set to name a preferred bidder out of Bain and Cyrus on Tuesday and then put that to a vote of creditors in mid-August.

The sale could also still be upended by a late intervention from Virgin’s unsecured bondholders who have presented a proposal to take control and recapitalise the airline.

Cyrus’ decision to drop out of the race will come as a blow to some of the unions representing Virgin’s 9000-strong workforce who favoured the group over Bain.

An insolvency expect with knowledge of the deal said it was “highly unusual” for an administrator to stop taking calls or responding to emails to one of the parties in a two-horse race.

“It tells me that they always wanted Bain,” they said.

They said the bondholders could not be ruled out given their offer to recapitalise the airline and pump in $1 billion in new cash would have to be considered at an upcoming meeting of creditors to vote on which offer they prefer.

At that meeting, Deloitte will have to measure Bain’s offer with that from the bondholders to consider the rights of all creditors. Sources close to the dealings say the Bain offer has little in the way of a payout for bondholders who are owed $2 billion.

Previous 8@eight: ASX set for strong open
Next Severe lay-offs on the radar as new-look Virgin rises from the ashes