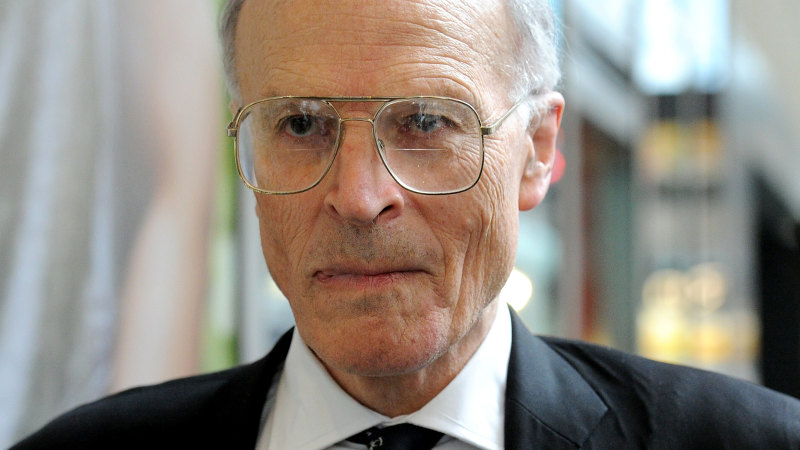 She said the commissioner’s predatory behaviour was well-known and that the female staff referred to his overtures as “the champagne treatment”.

A second woman employed at the royal commission said she was unnerved by Mr Heydon’s creepy actions, which included leering and requests to come to his room after work for a glass of champagne.

The Herald revealed on Monday that an independent inquiry commissioned by the High Court concluded the former judge had sexually harassed six associates. The report identified his pattern of asking women to his office or room on the pretext of sharing champagne with him.

Mr Heydon, who retired from the court when he reached the mandatory judicial retirement age of 70, has denied wrongdoing.

Mr Heydon’s lawyers, Speed and Stracey, said in a statement: “Our client denies emphatically any allegation of sexual harassment or any offence” and “any allegation of predatory behaviour or breaches of the law is categorically denied by our client”.

Jessie Davies was a 20-year-old university student in 2010 who was employed in the food and beverage section at The Commonwealth Club in Canberra.

Mr Heydon, 67 at the time, stayed at the members’ only club while the High Court was sitting. Mr Heydon was a regular in the dining room, where he took his meals alone, often reading a book.

Ms Davies said that one night, as she was clearing his table and he was getting up to leave, “he invited me to come up to his accommodation upstairs, after my shift, to talk about my degree”.

“Oh, I won’t finish ‘til midnight and we will have tons of cutlery to polish,” she told him. Ms Davies said she felt his invitation weighed heavily on expectations of other things rather than talking about her Arts/Science degree.

“A strange and disturbing thing just happened to me,” she told her colleagues. The incident was reported to the club’s management, who later reported to Ms Davies that Mr Heydon had apologised, saying “he didn’t mean for his comments to come across the way they did”.

The Club, which claims on its website that it was founded in order for “members to enjoy the social benefits of association with like-minded people,” informed Ms Davies that as Mr Heydon was one of its “most valuable members … nothing really can be done.”

Upon contacting the club to ask about Mr Heydon, the Herald was told, “We don’t answer questions.”

Josh Bornstein, the Melbourne solicitor who is acting for three of Mr Heydon’s former associates, said seven or eight other women had contacted him this week “with a variety of troubling stories about Mr Heydon’s behaviour”.

Kate McClymont is an investigative journalist at The Sydney Morning Herald.

Previous Natuna: an idyll on the front line between Indonesia and China
Next ‘Tumultuous’: The seismic change hidden in Tehan’s plans for unis