admin June 27, 2020 Environment Comments Off on Rebecca Huntley on why it’s time to get emotional about climate change 37 Views 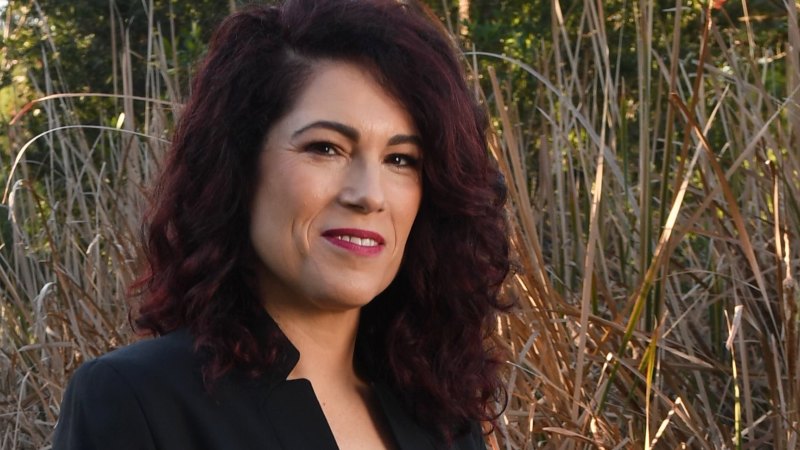 The short answer is yes. Huntley says the way the pandemic has played out, at least in Australia, has given her unexpected hope.

She knew greenhouse emissions would go down if people stayed at home, industry was closed and flights were grounded and she knew there would be stories, some of them apocryphal, about wildlife reclaiming human spaces.

“I was really worried that those kinds of stories about low emissions and environmental rejuvenation would mean that people associated climate action with personal deprivation, that we’ve all got to be locked in our homes, losing our jobs, not being able to hug our aunt and uncle and not being able to go on holidays … or out to dinner and the movies,” Huntley says. “I thought if people thought that was the sacrifice we have to make in order to do something about climate change, it would be hugely detrimental.”

Huntley has spent the past three months researching what the pandemic might mean for climate change and her early fears have not borne out.

Last week’s Ipsos Issues Monitor, a long-running survey of community concerns, showed the environment peaked as the top concern at the start of the year following the devastating summer bushfires. It was overtaken by first healthcare, when the virus threat was highest, and then the economy.

But Huntley says surveys like this force citizens to prioritise their concerns in a way they don’t do in their personal lives and the results do not mean they have forgotten the environment. Her research suggests people are “prepared to walk and chew gum at the same time in relation to climate and COVID”.

The experience Australians had during lockdown did not have the negative associations she feared.

“People think, ‘well, we have actually been able to massively change our behaviour and some of the behaviour change has actually been quite good, like working from home so that you don’t have to spend two or three hours in traffic and then being able to go for walk at lunch time’,” she says.

Huntley says in Australia and other countries that have managed the pandemic well, public trust in leadership has risen. (She notes this is not the case in the United States.)

More importantly, political leaders across Australia and many other countries have put experts – chief medical officers and epidemiologists – at the forefront of policy and political decision-making.

The public has gravitated not to the “reckless opinion makers of the populist Right” but to medical experts and “the Norman Swans of the world”.

“They say ‘that guy actually knows what he’s talking about, he understands research, he’s not approaching this in an ideological and dogmatic manner, I’m going to listen to him’,” Huntley says.

“I’m really glad that politicians listened to [experts] – that can only be good and only reinforce what was already the majority view in Australia, which is that we should be listening to the CSIRO and the scientists on climate change.”

Huntley says Australians also recognise the need for the nation to be more self-sufficient in the wake of the pandemic and moving to renewable energy was one way to achieve that.

Meanwhile, research summarised in the book has consistently shown low numbers of hard-core climate deniers in Australia. They only appear more numerous because some prominent politicians and media commentators are deniers.

In a CSIRO survey involving 17,500 Australians between 2010 and 2014, participants predicted 23 per cent of the population did not believe climate change was happening, when the actual number in the survey was 8 per cent.

So is it worth trying to argue with your drunk uncle who denies climate change? Huntley says you first have to work out what kind of climate change denier he is.

In her book she describes several types. First, there are active deniers who won’t stop talking, then there are passive deniers who rarely say more than a few words a time and are keen to move on to other topics.

Many climate deniers style themselves as sceptics, since scepticism sounds more respectable as an integral part of the scientific method.

Huntley says there were scientific sceptics who questioned and even rejected the idea that humans could cause the planet to warm with devastating consequences but most of them have changed their tune because the early climate change modelling has proven to be correct.

These days, Huntley writes, those who argue climate change is not happening or is not being caused by humans are not engaged in scientific scepticism or even constructive questioning but rather “deliberate, even belligerent, cherry-picking of the information they want to hear”.

They are convinced climate change is a conspiracy and you can never win on facts because it would require them to change their world view and lose their identity and allegiances. As Liberal Senator Jim Molan said on an episode of the ABC’s Q&A in February, he is “not relying on evidence” to form his opinion on climate change.

Her final distinction is between professional and amateur deniers. Huntley says deniers in powerful positions need to be contested, “as Zali Stegall did with Tony Abbott”.

But your drunk uncle? “If he is a genuine hard-core denier and not in a powerful position in the media or in politics, I would ignore him or just be nice and talk to him about what you’re watching on Netflix,” Huntley says.