Dyson Heydon : who knew and turned a blind eye?

admin 2 weeks ago National News Comments Off on Dyson Heydon : who knew and turned a blind eye? 10 Views 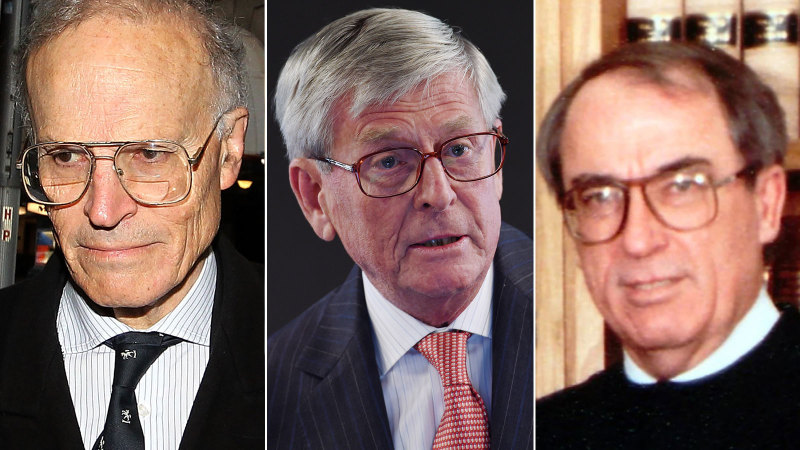 It’s hard to imagine that decent men like Mr McHugh and Mr Gleeson would have kept such revelations entirely to themselves. The question is what then to do.

Once someone is a High Court judge there’s no easy path to removing them. There was a time when the High Court judges decided amongst themselves that they would not sit with fellow judge Lionel Murphy. They forgot that who sits on the court is not their decision. Any High Court judge knows how hard it is to remove them. Easy, then, to say – if counselled about your behaviour – “thanks for your advice” and then ignore it.

There were four attorneys-general in Heydon’s time on the bench: Philip Ruddock, Robert McClelland, Nicola Roxon and Mark Dreyfus. One would hope someone would clue the attorney-general into what was happening. Wouldn’t we love to know.

The behaviour is at a different point on the scale but the response seems eerily similar to Hollywood’s response to Harvey Weinstein.

The type of behaviour alleged and believed by the current court is not behaviour one imagines someone slips into on entry to such a prestigious position. Quite the opposite. Decent people usually try to be their better selves as they progress in life. What happened when he was on the NSW Court of Appeal? Was there nobody prepared to raise the matter then? It is both a surprise and depressing that it wasn’t raised with the attorney-general before Heydon’s appointment to our highest court.

One can’t help but suspect that plenty of people knew and for a whole variety of reasons they turned away. The legal profession likes to think of itself as altruistic. Its finest traditions are. It’s a bitter blow for them to have a military man offer advice that lawyers shouldn’t need. As Governor-General David Hurley said, “The standard you walk by is the standard you accept.” Let’s not assume no one tried. People may have, but been unsuccessful.

Not walking past isn’t always easy. Brave hearts are needed. Not everyone quivers in the face of those from whom we should expect more.

Here’s a heartwarming and inspiring example. The former governor of New York was, in his younger days, appearing before a five-person appellate court when one judge turned and, sotto voce, spoke to another. Mario Cuomo stopped addressing the court. The judge told him he could continue.

Sharply, Cuomo said he would when he had the full attention of the court. The judge angrily told him to go on and he did. The judge then stood up, turned his chair around and sat with his back to Cuomo. Cuomo stopped again. Another judge indicated Cuomo should proceed and the reply was the same “…when I have the attention of this court”. Furious, the back-turning judge barked, “Have you no respect for the bench?” Undeterred, Cuomo replied, “Have you no respect for my client and the law?” That’s a brave heart.

From the point of view of the associates at the centre of the Heydon allegations it would be a daunting situation. Just out of law school into a job as associate to a judge in the highest court in the land. Your new boss behaves inappropriately and you feel you have nowhere to turn. If you say something, who knows what will happen: if you’ll be believed, will you be branded a liar, a troublemaker? Will the career you planned be over? More senior lawyers and other judges have no such excuse. Where are the Mario Cuomos of the Sydney legal profession?

The behaviour is at a different point on the scale but the response seems eerily similar to Hollywood’s response to Harvey Weinstein. Look away. Pretend you didn’t know. For a profession that’s meant to be about protecting individual rights the apparent past silence is an embarrassing and bitter blow.

Sure, with Dyson Heydon no longer on the court it may have been easier for the current chief justice to do what she has done. Easier is not to be confused with easy. You can’t buy respect. Susan Kiefel has just earned a truckload.

Amanda Vanstone is a regular columnist and a former Coalition minister.