JobKeeper plan to be kept secret until after Eden-Monaro byelection

admin June 28, 2020 Federal Politics Comments Off on JobKeeper plan to be kept secret until after Eden-Monaro byelection 41 Views 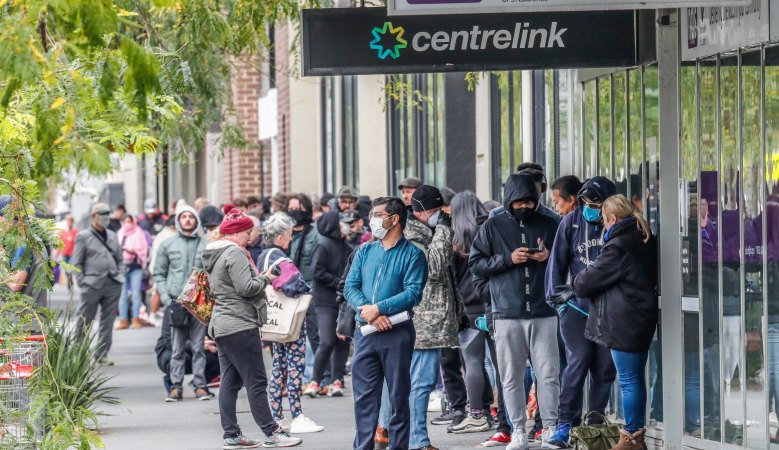 Labor treasury spokesman Jim Chalmers criticised the government for holding onto the review and “keeping it secret until after the Eden-Monaro byelection”.

“Businesses are laying off workers because of the uncertainty this is creating,” Dr Chalmers said. “Scott Morrison should release the JobKeeper review immediately, not keep Australians in the dark.”

A new report from think tank the Grattan Institute has recommended the JobKeeper payments be given in advance, rather than in arrears, following criticism from businesses that they had to borrow cash to give workers the funds. The government said it had been set up in this way to avoid fraudulent claims.

Reducing or removing support for part-time workers who were earning less than the wage subsidy but were given the full amount is also among ideas canvassed.

The think tank recommended a three-month extension for those in strife, ending it for those no longer in need, a lower rate for part-time workers and the inclusion of temporary migrants, short-term casuals and universities.

The report says this will cost about $30 billion in 2020-21, with $12 billion to $15 billion to extend JobKeeper, $3 billion to include vulnerable workers who were previously excluded and $10 billion to $15 billion for an extension of the JobSeeker supplement to December and subsequent phase-down to March. The IMF has also recommended a gradual exit from wage subsidy schemes, to avoid a shock.

Prime Minister Scott Morrison said on Friday he had “no doubt” many businesses had now recovered from the 30 per cent turnover decline, which had been a requirement to sign up to the scheme.

He said there “will be another” phase of JobKeeper-style support beyond September, but the government had to be mindful of available resources. The nation’s budget is running a record $64.9 billion in the red, a faster decline than expected, with analysts predicting a deficit of up to $200 billion next year.

“In relation to future phases of what we will need to do in terms of the stimulus, as I said on numerous occasions we will be announcing that in time for the economic statement and these are considerations that the government is working through,” Mr Morrison said.

“But as I assured, whether it be Qantas or those in the entertainment sector or the tourism, hospitality sector, or regions like north Queensland, we get it, we understand that they are going to be hurting more for longer than other parts of the economy.”

Mr Morrison said income support and industrial relations flexibility would both be critical after September. Some businesses have complained about workers refusing to go back to work.

Previous Feathers ruffled: Hawks survive a late scare against the Roos
Next 4 Points: Blues’ accidental victory tells only half the story