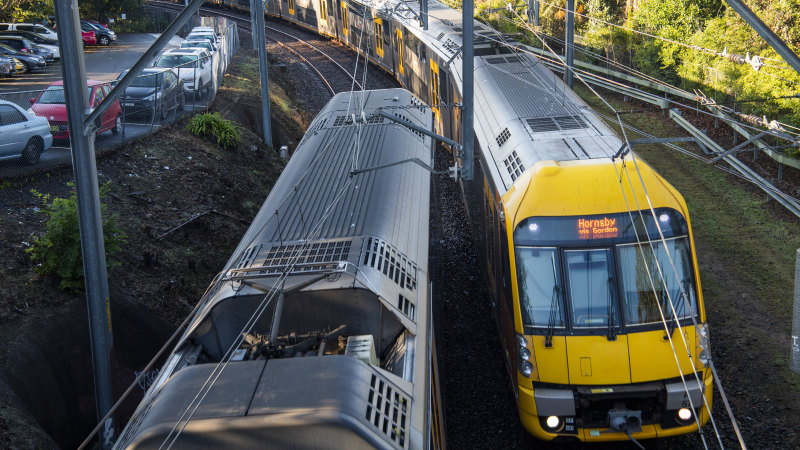 Rail Tram and Bus Union state secretary Alex Claassens said he was always worried about any potential restructure and the costs which flowed from it.

“All these changes cost lots and lots of money and we don’t see any tangible improvements for the commuters of NSW. It doesn’t put any extra trains on or any extra buses,” he said.

Sydney Trains’ acting chief executive, Stewart Mills, was replaced four weeks ago by Suzanne Holden. Mr Mills, a veteran of London’s Underground who took over from high-profile chief Howard Collins early this year, is returning to his native England for “personal reasons”.

Mr Collins became chief operations officer of a new division dubbed Greater Sydney, which was tasked with developing “integrated transport services” and to “be the face of transport” for NSW.

Transport for NSW confirmed it had started a “consultation process with relevant staff” to consider whether integrating corporate functions would better support services.

“While back-office efficiencies may be identified in a new model, no decisions have been made about what these structures will look like and what roles we will need,” the agency said.

“All Sydney Trains and NSW TrainLink frontline operations will continue as they are, with no change to the management of core service delivery responsibilities.”

The agency did not reveal how many roles would be affected if the latest proposal was adopted, nor the hit taken to fare revenue from trains and other public transport services over the past four months due to the coronavirus pandemic.

In a further reshuffle, Transport for NSW deputy secretary Anne Hayes will become acting CEO for six months of the Transport Asset Holding Entity, which the government created to house tens of billions of dollars worth of NSW’s public transport assets.