‘A global dirt magnet’: Australia is losing out from fuel efficiency failures

admin June 29, 2020 Environment Comments Off on ‘A global dirt magnet’: Australia is losing out from fuel efficiency failures 116 Views 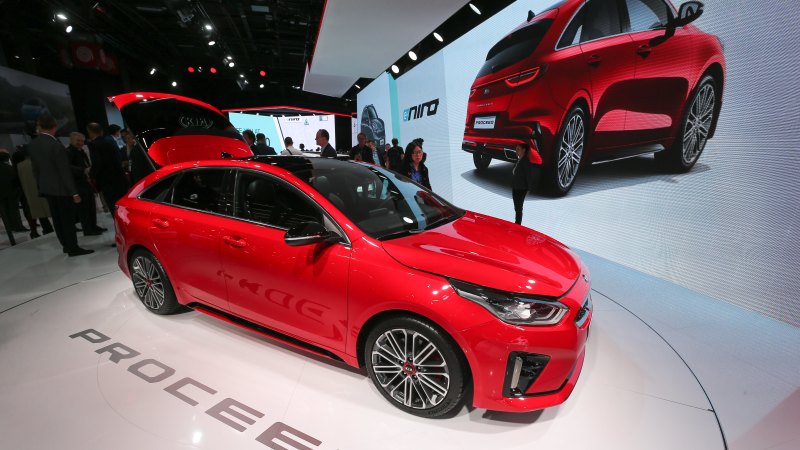 Hardly. Sales of fully electric cars rose almost 150 per cent last year, albeit off a low base. But we know from national polls that while over half of Australian buyers would consider an EV, very few convert that intent into a purchase.

There are obviously a bunch of factors contributing to this, but a big one is simply a lack of choice.

The Britain What Car? magazine just handed its coveted Car of the Year award to the Kia e-Niro electric SUV. But you can’t buy one in Australia.

Norwegians love the e-Golf, which has topped that nation’s sales charts over most recent years. It’s not available to Australians.

In fact of the most popular affordable EVs on the European market, only a small handful are available here. The reason is that we are one of the last nations on earth without fuel efficiency standards.

So why do they matter so much? To understand it’s useful to get a handle on how they actually work.

For decades the US, the EU, and other jurisdictions have given car manufacturers an enforced target for how much CO2 their vehicles can collectively pump out of their exhaust pipes. The “collective” point is the key. Making targets collective means car manufacturers have flexibility on how to hit them. They could, for example, increase the efficiency of all the vehicles they sell by a little. Or they could continue to offer gas guzzlers, but offset that by also selling very low or zero emission vehicles.

This flexibility means that when a big global car manufacturer develops a new EV and starts looking for markets, the countries with fuel efficiency standards look appealing, because every zero-emission car sold in these markets will help that manufacturer avoid a fine. Because no such incentive exists in Australia, we have made ourselves into a dirt magnet: a dumping ground for offloading the highest emission cars in the range.

The federal government could turn this around with the stroke of a pen. Unlike other carbon reduction initiatives, introducing fuel efficiency standards wouldn’t cost Treasury a cent.

Sure, the introduction of fuel efficiency standards could be seized upon by populists for a predictable “carbon tax on cars” scare campaign. But their argument would ring hollow. With efficiency standards Australian consumers would continue to have access to a broad variety of combustion engine vehicles. Their choice, however, would be broadened by many affordable EVs that would start flowing freely into both the new and used markets.

Affordability-focused drivers would find the prospect of dodging the petrol bowser attractive. Indeed, when the Electric Vehicle Council worked with the federal government on setting fuel efficiency standards in 2016 (the initiative was later shelved) the government’s own modelling showed the average driver would save $519 each year if standards were introduced, because vehicles would be made to consume less fuel.

But it’s not just drivers who would benefit from emissions reform. Our close call with COVID-19 has highlighted how frighteningly vulnerable the whole Australian economy is to oil imports being disrupted. This wouldn’t be a serious problem if our national fleet was filling up on Australian electricity.

But the real hidden bonus for society would be the energy storage potential. Thousands of EVs plugged into the grid have the capacity to act as a giant collective battery, shoring up supply and drastically reducing power costs.

According to BloombergNEF, if 40 per cent of Australia’s fleet was electric, it would provide an equivalent energy storage capacity of two Snowy Hydro 2.0 projects. Given the Snowy Hydro is projected to cost $5.1 billion, the efficiency benefits of stimulating a mass uptake of EVs must surely be on the government’s radar.

Behyad Jafari is the chief executive of the Electric Vehicle Council.