Race-by-race tips and preview for Gosford on Tuesday 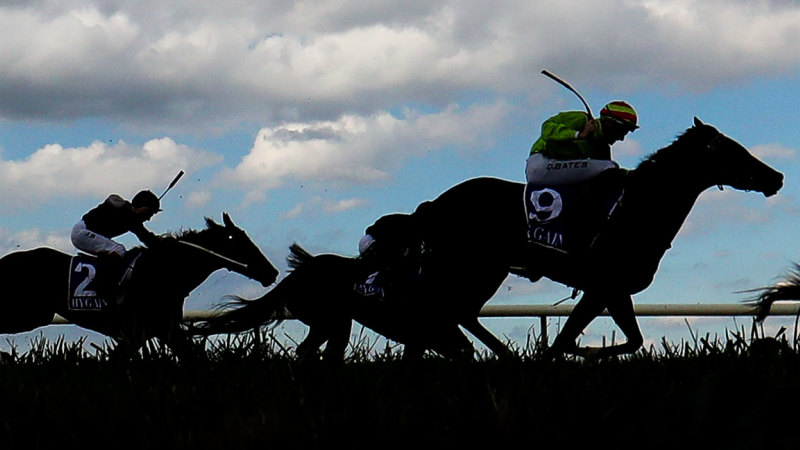 Back to the short course for the maidens, and this looks break-through time for smart 3YO 1. Killin from the Kris Lees yard at Newcastle back as a gelding off a lengthy freshen-up and solid controlled trial. Only finished further back than second once in six starts, and has superior wet-track form, with blinkers coming off.
Dangers: Warwick Farm 3YO 2. Light And Dark is a genuine threat off a good fighting effort at Newcastle when only run down late at his second start. Settles right on the speed, and suited on the tighter circuit. Watch the market on debutant Godolphin filly 7. Plaka (Exceed And Excel x Status Quo by Lonhro) who has trialled OK, and bred to handle rain-affected ground.
How to play it: Killin to win
Odds and Evens: Split

Now the babies get their shot at set weights, and with most on debut, the first furlong will be critical. Randwick colt 16. Canton Kid from the Mark Newnham stable still needs to secure a run, but comes off a nice debut at Kembla when finishing right on the place-getters’ heels in heavy ground. Was well tried that day, and debuted off the back of two impressive trials.
Dangers: Hard not to see Randwick colt 2. Camerlengo being right in the finish after a brave front-running debut at Canterbury in heavy ground, and he’s the obvious threat carrying 1kg less. Warwick Farm debutant filly 11. Symo’s Girl (Star Witness x Star Pass by Stratum) has trialled well on the synthetic, but faces a tricky draw; while similar task for Goulburn filly 8. Amungee (Exceed And Excel x Gamba by Elusive Quality) who debuts off two impressive trial wins at Kembla, but drawn off the track. Include in exotics gelded first starter 6. Oscar Zulu (Epaulette x Ininthree by Generous) who won his most recent trial, and bred to handle soft or heavy ground.
How to play it: Canton Kid each-way (if scratched Camerlengo to win) and quinella 2 and 16
Odds and Evens: Evens

Keen on progressive filly 4. Jazirat having first run for the Maher-Eustace yard at Warwick Farm since transferring from Godolphin. Hit the line hard fourth-up at Wyong over this trip, and right at her peak now, with leading metro rider booked.
Dangers: Randwick gelding 1. Star Of Success struggled in the heavy at Canterbury but that was his first run in five weeks, and expect him to improve sharply fitter and over more ground. Early scratching of stablemate is a useful lead as well. Kembla filly 5. Misty Brook also appreciated getting to the mile third-up when sticking on for a long way after leading, although up in weight and drawn wider; while Warwick Farm filly 11. Miss Keira has been up for a while but hard fit, and did her best work late at Newcastle.
How to play it: Jazirat to win
Odds and Evens: Split

Back to the sprint trip for a race of great potential. Like 4YO gelding 1. Phoenix River from the Anthony Cummings stable at Randwick resuming off two trials, despite first time on soft ground. Was quickly spelled after a fair effort in stronger metro company four months back, and looks well fitted for this. Has been in the money twice in three first-up runs so far.
Dangers: Have no doubt Warwick Farm 3YO 3. Coco Cuber has superior ability on his day, but isn’t the most reliable. Raced too fiercely and failed to run on resuming in stronger metro grade, and trainer has shuffled the gear around to try and find his best. Only start here late last year, blitzed a handy maiden field as a hot favourite, and always looked a smart one in the making. Big watch on Warwick Farm 3YO 2. Innisbrook who also resumes off a smart trial win. Only missed by a long head first-up this track last time, and bred to relish rain-affected ground, with blinkers coming off. Don’t discard Warwick Farm 3YO 4. Tourmaster who dropped out quickly first-up at Hawkesbury. Better suited with more cut out of the ground, and bolted in his only previous second-up run. Progressive filly 8. Absolute Foxy improved sharply to beat a handy maiden field second-up at Wyong; while Hawkesbury filly 7. Vulpine found CL2 company too slick after an all-the-way maiden win in heavy ground at Kembla, and draws the inside.
How to play it: Phoenix River to win and first four 1,2,3/1,2,3/1,2,3,4,7,8/1,2,3,4,7,8
Odds and Evens: Split

Tough and open staying battle with plenty of hopes. Progressive 3YO Rosehill filly 8. Dinado from the Freedman stable can make it three straight going further up in distance. Has relished the heavy conditions winning his last two in dominant fashion, and while won’t get the near bottomless track this time, she has plenty of her sire Toronado who was unbeaten in soft ground.
Dangers: Rosehill 3YO 1. Crown Affair will be hard to hold out again from a nice draw after a tough all-the-way win in the heavy at Warwick Farm. Rises sharply in weight, but this is a drop in quality. Improving home track 4YO 7. Arabolini capped some consistent form with an all-the-way win at Wyong over a similar trip, and carries 2kg less; while improving Rosehill mare 10. Misty Summer bolted in a class 1 over this trip here two runs back.
How to play it: Dinado each way
Odds and Evens: Split

Competitive sprint. Loved the way Warwick 4YO gelding 2. Exceltic from the Gary Portelli stable savaged the line from well back first-up here for nearly a year in similar grade. Draws to get plenty of cover, and this time last year was finishing close-up in much stronger metro company.
Dangers: Smart 3YO gelding 1. Space Boy gave nothing else a chance, bolting home in similar ground at Wyong, and no question can win again, but 62kg from a wide draw is a tough test. Expect a big run fresh from local mare 6. Patrina who comes to hand quickly and won a recent heavy track trial; while Warwick Farm filly 7. Stoked held on OK first-up in a BM 66 at Bathurst, and is best of the rest.
How to play it: Exceltic each way and exacta 2,6/1,2,6
Odds and Evens: Split

Open stoush over the mile to finish. Warwick Farm filly 8. Ladylovestogamble from the Clare Cunningham yard is on the rise, and can strike second-up back in grade and up to an ideal distance. Worked home OK late resuming in a stronger metro race, and won at second career start in the spring.
Dangers: Under-rated Randwick 5YO 5. Ladies’ Gem found his best deep into the prep strolling home in a similar race at Wyong, and has a smart record on the Central Coast tracks. Big watch on Randwick colt 3. Just Society who finds his easiest race in a while, and drops back from being outclassed a mile in a group 3 at Eagle Farm; while Godolphin filly 11. Delicately finished nicely in that same race behind Ladies’ Gem, and draws to get a cosy run with cover.
How to play it: Ladylovestogamble to win
Odds and Evens: Split