China the unspoken threat at centre of new defence strategy 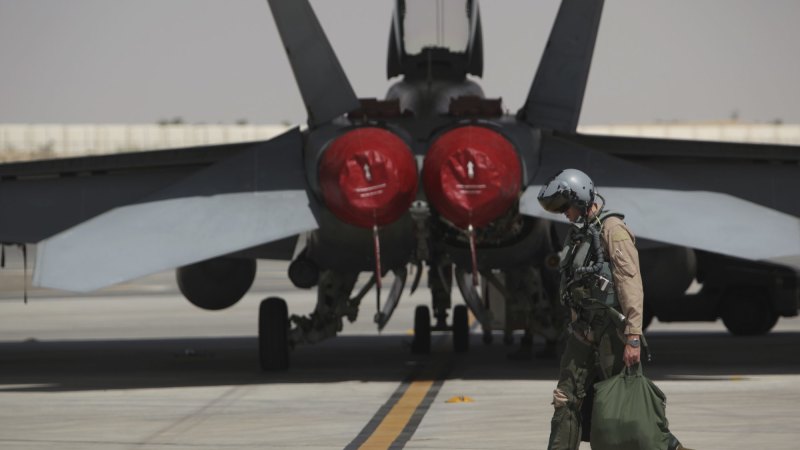 The updated plan throws open the way to everything except nuclear weapons. The new policy accepts that high-intensity war in our region is more likely than was envisaged by the defence white paper of 2016.

There is one threat, in five letters, that sits, unspoken, at the centre of the strategy – China. Australia now realises it lacks the tools for holding hostile forces of a major adversary at bay.

That major adversary, which is about to deploy its third aircraft carrier, has developed its military capability much faster than a complacent Canberra imagined just four years ago.

And China under Xi Jinping has demonstrated a more aggressively ambitious intent, too. Xi has cast aside the pretence of mutual respect and is now striving openly for dominance.

What Canberra imagined might happen in 2030 has already happened in 2020. So Australia will now buy long-range ballistic missiles capable of striking enemy ships that might be blockading trade or coercing Australia or its regional friends.

Only a few years ago, directed energy weapons firing destructive invisible lasers seemed the stuff of sci-fi. Now the US and China are deploying them and so will Australia.

Similarly, precision hypersonic glide vehicles capable of carrying bombs – conventional or nuclear – into space and then back into the atmosphere to glide along a flat, radar-baffling trajectory seemed futuristic. But the US and China have now introduced them and so will Australia.

Australia’s doctrine is no longer designed to send forces to fight American wars in the Middle East but to defend Australia and its friendly neighbours in a commitment to protecting the sovereignty of states under threat.

But while it aims for a more capable Australia, it is a long way from any pretensions to an independent defence.

An indigenous, high-tech defence would cost much more than Australia’s current defence budget of the equivalent of 2 per cent of GDP. And the strategy does not commit to any increase in spending in real terms.

So Australia will be depending on Washington for its weaponry, intelligence and much more, including its defence against the ultimate coercive threat. China, remember, is nuclear armed.

By excluding the nuclear option, Australia’s revised defence strategy means we are going to continue trusting America to protect us under its nuclear umbrella.

Alarmed by China, putting our trust in America, Australia has snapped awake to a disturbing reality. It takes more than luck to guard against potential nightmare.