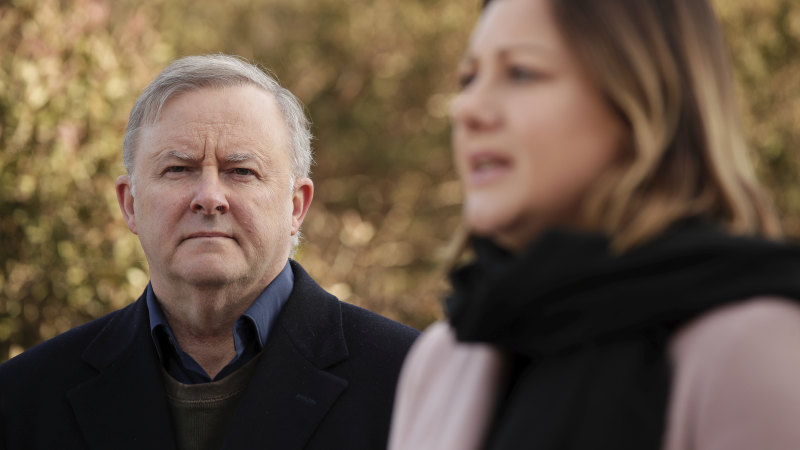 “ABC emergency coverage saved lives during the summer bushfires and staff came off leave to ensure Australians were kept informed. Now 250 dedicated ABC staff face the sack as a result of Scott Morrison’s cuts,” he said.

Announcing the funding alongside Labor’s candidate in Eden-Monaro, Kristy McBain, Mr Albanese will say the byelection is a chance for local voters to send the Coalition a message on ABC funding.

Eden-Monaro suffered significant damage during the bushfire crisis. The ABC has covered more than 850 emergency broadcasting events in the past 12 months, compared to 256 events in 2017-18 and 371 events in 2018-19.

The Sydney Morning Herald and The Age revealed last week the ABC proposed an expansion of its regional coverage if the indexation freeze was dumped, an idea that was disregarded by the government.

The exact details of Labor’s funding boost for the broadcaster could depend on the timing of the next election, which is due between August 2021 and May 2022. A new three-year funding deal for the ABC will be finalised for the 2022 federal budget.

The government has not said what its plans are for the organisation’s funding once the current indexation freeze ends.

The cuts announced by the ABC last week have triggered a fresh wave of criticism of the government, but Prime Minister Scott Morrison and Communications Minister Paul Fletcher have staunchly defended the funding levels.

On Tuesday, Mr Fletcher said Labor was telling “porkies” and insisted the government was not cutting the ABC’s revenue.

“ABC base funding, transmission funding and total funding are rising each and every year of the current funding triennium,” he said.

The indexation freeze follows hundreds of millions of dollars worth of accumulated cuts that began with the 2014 federal budget.

In a statement last week, ABC chair Ita Buttrose said there was “some confusion in government circles” about the nature of funding reductions. She said funding was increasing but by a reduced amount.

“This is the funding that has been cut and considered a saving by the government,” Ms Buttrose said.

Previous Police officer charged with arson over Melbourne house fire
Next ‘Our luck may have run out’: California’s virus case count explodes