Sidebottom under investigation over alleged breaches 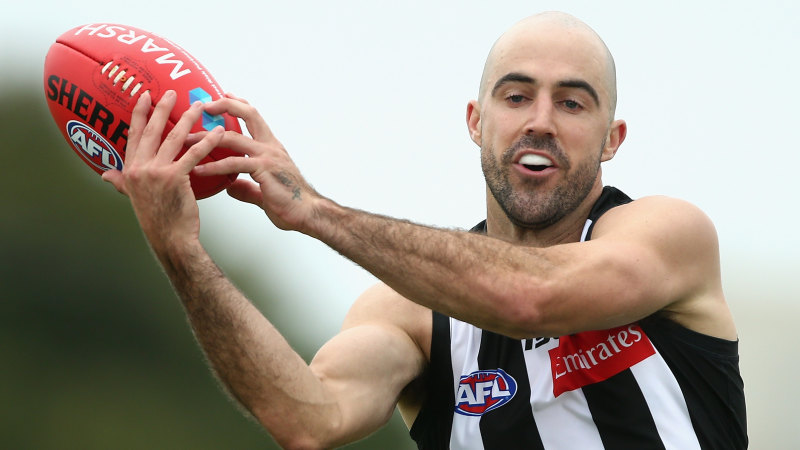 Sidebottom’s suspension would be a massive blow for the Magpies ahead of their clash with Essendon on Friday night and, if he gets at least a two week ban, in their round six game – currently against Brisbane on Friday week. Sidebottom is a member of Collingwood’s leadership group and a joint vice-captain. The Magpies are expected to await the AFL verdict before deciding if further disciplinary action is warranted.

Dunn, who shard an Uber ride with Sidebottom, has been recovering from a knee reconstruction and while available, would have only been an outside chance to be recalled for his first senior game since mid-2018.

The players were interviewed by the AFL on Monday and the league is expected to finish its investigation on Wednesday.

Sidebottom visited the home of his teammate Jeremy Howe on Saturday to comfort the defender the day after Howe suffered a serious and potentially-season ending knee injury in Sydney in Collingwood’s four-point loss to Greater Western Sydney.

Sidebottom and Dunn shared their Uber ride on Saturday evening after leaving Howe, with only Sidebottom subsequently going on to see Wells. Dunn’s only alleged breach was the Uber ride.

In a statement, the AFL confirmed an investigation into a potential breach of COVID-19 protocols without naming the Collingwood pair.

However, in a separate statement, the Magpies confirmed that Sidebottom and Dunn were under investigation “for breaches of the AFL’s return to play protocols”.

“Sidebottom and Dunn shared an Uber on Saturday evening and Sidebottom later visited a member of staff who is not living under the game’s protocols,” the Magpies statement said.

“The breaches were reported to the AFL on Sunday afternoon. The players were interviewed by the AFL yesterday (on Monday).

“Sidebottom and Dunn will not be permitted to return to the Holden Centre until cleared to do so by COVID-19 testing.”

If found guilty of breaches, Sidebottom, who is 29 and in his 12th AFL season, will be by far the most experienced and decorated AFL player found to have breached protocols since they were introduced to allow the season to resume.

The Magpies have already been left reeling by the knee injury to Howe, who suffered a torn posterior cruciate ligament and damage to the medial ligament in the final quarter against the Giants.

The loss of Sidebottom, coupled with that of Howe, would offset the absence of Essendon’s leading midfielder Zach Merrett, who has been suspended for one match for striking Carlton’s Jack Silvagni.

The Magpies appear certain to regain another key midfielder, however, in Adam Treloar and have the option of bringing back Brayden Sier to bolster their midfield.

McKenna’s suspension was retrospective – in relation to visiting his host family – after the Irishman tested positive for COVID-19 and was forced to be in quarantine, as the Dons’ game against Melbourne was postponed. McKenna is allowed to resume and is expected to be picked to play Collingwood.