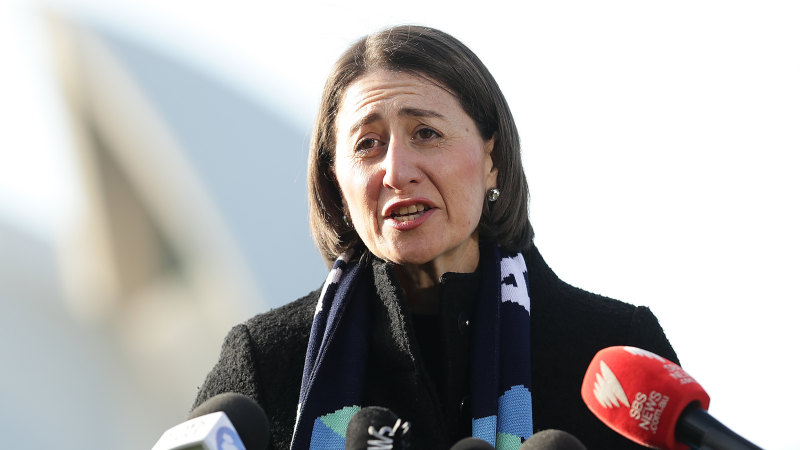 “Uncle Lyall” Munro, a Kamilaroi elder, joined the ground-breaking 1965 Freedom Rides with activist Charles Perkins, which protested against discrimination throughout NSW and led to Aboriginal people gaining entry to the Moree Swimming Baths for the first time. He died in May.

Emails seen by the Herald show Premier Gladys Berejiklian approved the event while a limit of 50 attendees at funerals still applied, with an expectation the family would seek an exemption to the rules. But later in June, Health Minister Brad Hazzard removed the 50-person limit for funerals as long as they complied with the rule of one person per four square metres.

“The Premier was quite clear in approving the state funeral that it needed to occur consistent with public health orders in force at the time of the funeral, and no special privileges will apply for a state funeral in terms of the process for applying for, or the consideration of, any exemptions,” wrote a bureaucrat from the Aboriginal Affairs Department in an email to other departments on June 3.

She also advised the family expected “at least 500 people will want to attend the funeral given the size of uncle’s family and his importance to the community”.

One person with knowledge of the event said NSW Health was “freaking out” about the potential danger. However, another source indicated the concerns mostly related to Victorian attendees, given the coronavirus outbreak in that state. A NSW Health spokesman did not return calls.

In a statement, a spokeswoman for the Department of Premier and Cabinet said precautions were being drawn up to protect the community, and it was important to respect the family’s privacy.

“Like any funeral, Uncle Lyall’s funeral will comply with Public Health Orders,” she said. “Detailed and rigorous COVID Safe measures are being developed in consultation with NSW Health, relevant authorities and the family. A great deal of hard work and planning is underway to keep the community safe, to honour Uncle Lyall and respect the wishes of the family.”

Epidemiologists said the outdoor service could be held safely with precautions, given there did not appear to be community spread in NSW. “You’d be trying to limit people coming from Melbourne if possible,” said Professor Raina Macintyre of the UNSW Kirby Institute. “Otherwise if people have masks and social distancing I think it’s reasonable.”

Peter Collignon of the Australian National University said the planned outdoor service at an oval was “much safer”, but any older attendees or people with health problems should wear a mask.

Uncle Lyall helped establish the NSW Aboriginal Legal Service, contributed to the royal commission into Indigenous deaths in custody and in 2013 was awarded the NSW Law and Justice Foundation’s Aboriginal Justice Award. “He was a true black leader,” said the chairwoman of the NSW Aboriginal Land Council Anne Dennis in a statement last month.