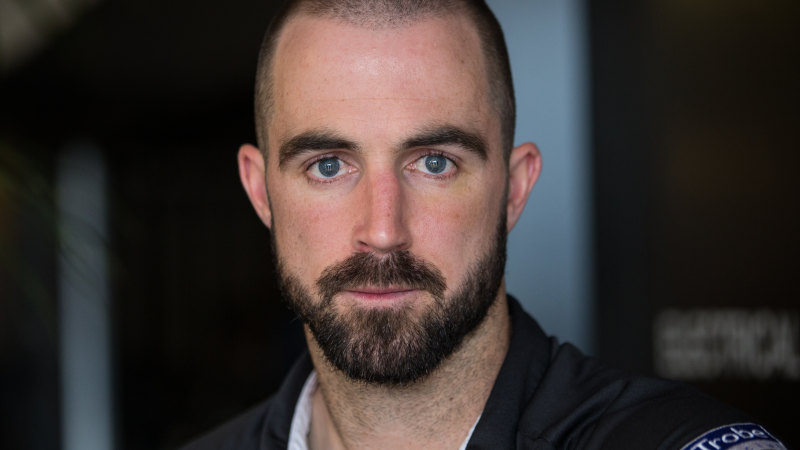 For an experienced player who seldom makes poor decisions with the ball, Steele Sidebottom made a succession of appalling clangers on Saturday evening and in the early hours of Sunday.

He shouldn’t have got an Uber with Lynden Dunn after going to Jeremy Howe’s home to console his teammate following a serious injury, when the only way home is to be picked up by a partner or a sanctioned club person. Obviously, he shouldn’t have consumed the amount of alcohol that he did.

He shouldn’t have decided to ‘‘kick on’’ and head to Daniel Wells’ place, creating another breach of the AFL’s COVID protocols (Wells not being in the official bubble of people who can mingle with players).

He shouldn’t have wandered out on to the street, wrapped in a jacket and little else, when the police picked him up and drove him home. This final episode – which must have looked faintly comic – was seized upon by the AFL to increase the penalty and send what the league saw as the necessary message.

But, in addition to all those beer-goggled blunders, Sidebottom also choose the worst time to run foul of the stringent COVID-19 rules that the AFL has set up to satisfy the various chief medical officers and governments that their sport is safe enough to proceed. Had this happened two weeks ago, he wouldn’t have copped four games.

AFLW practice match called off after injury to Giants player