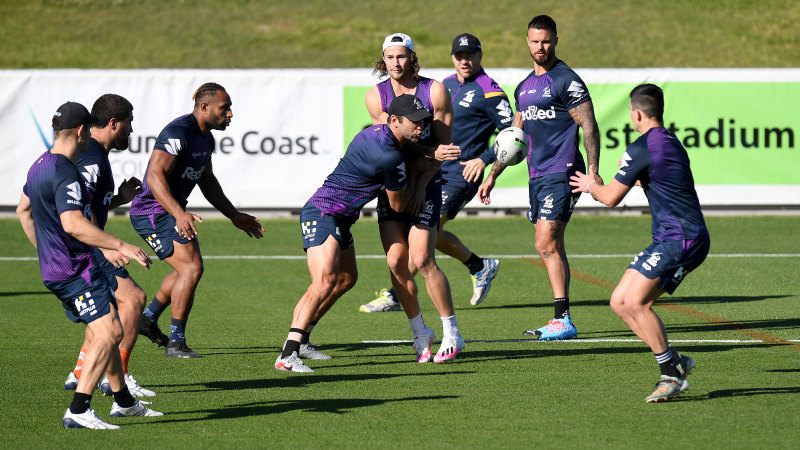 But if case numbers improved that could change.

A number of players have had their families or partners join the team at the resort and more could soon be joining them.

“I wouldn’t be surprised if we were up here for the rest of the season,” Bellamy said.

“It depends on what happens down in Melbourne.

“We are realising we are probably going to be here a lot longer than we thought we would be, so trying to get the other families up here is important to us.”

While the club initially hoped to only be away for two weeks, their stay could be extended and that could open the door to playing some home games in the regional city which is home to feeder club Sunshine Coast Falcons.

The Storm played the NZ Warriors at Sunshine Coast Stadium last year and were booked to play at the venue again this season before the COVID-19 forced the NRL to suspend the season and rewrite the fixture.

Storm are scheduled to play the Gold Coast Titans on July 17, but won’t be able to play at AAMI Park while Suncorp Stadium will be hosting Super Rugby’s Queensland Reds.

They are looking into playing it on the Sunshine Coast.

“Were in the throes of trying to play the Titans game here.

“I’m not quite sure what has to happen for that to happen.

“They have obviously played games here before, and not only trial games.

“If we are going to be here for a whole heap of time we would love to play all our games here if we can because it’s not as much travel as going to Suncorp.”

Bellamy has recalled playmaker Ryley Jacks as the likely replacement for star five-eighth Cameron Munster who is expected to miss four weeks with a knee injury.

The Roosters have lost key players Sam Verrills and Victor Radley to season-ending knee injuries but could have superstar full-back James Tedesco return from a head knock.

The Storm play Sydney Roosters at Suncorp Stadium on Thursday at 7.50pm.

Previous Boris Johnson has more than virus to worry about
Next Heydon no longer a barrister, amid allegation he ‘used his public standing’ to lure woman