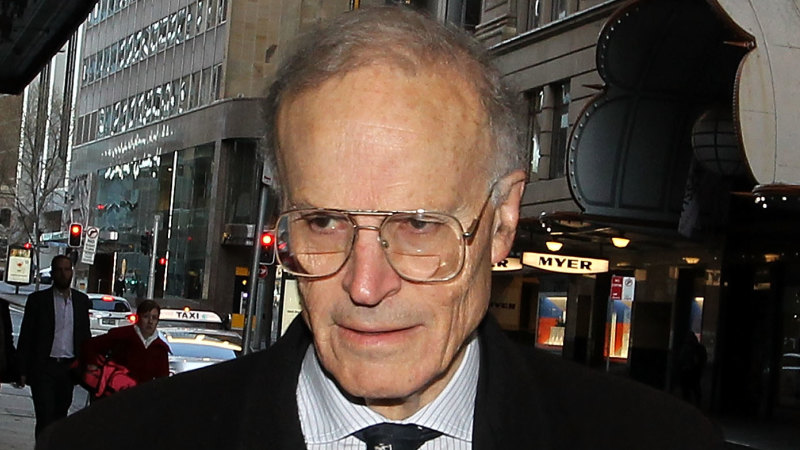 In 1992, the Fahey Liberal government announced the state government would cease to play a role in the silk appointment process and said the government “should not be asked to mark out particular lawyers for special treatment”.

The process of appointing silks, now known as Senior Counsel (SCs) rather than QCs, has been managed by the NSW Bar Association since 1993.

Mr Speakman noted Mr Heydon had not renewed his barrister’s practising certificate for the new financial year, starting Wednesday, which meant he was “forbidden to practise as a lawyer, regardless of the initials after his name”.

However, he said he understood “community concerns” about Mr Heydon retaining the title and said he had “requested the Department of Communities and Justice provide me with advice on this matter”.

On June 22, the High Court released a statement revealing an internal investigation led by former inspector-general of intelligence and security Vivienne Thom concluded Mr Heydon harassed six former young female associates at the court, five of whom had worked for him.

Mr Heydon’s lawyers, Speed and Stracey, said in a statement: “Our client denies emphatically any allegation of sexual harassment or any offence.”

On the same day as the High Court statement, Mr Heydon resigned as an international judge of the Singapore International Commercial Court.

Queensland and Victoria have reintroduced the title of Queen’s Counsel for barristers in recent years and South Australia is set to follow suit.

The debate about dumping the SC post-nominals in favour of QC – or KC if the reigning monarch is a man – rears its head periodically in NSW and has previously led to bitter battles for control of the Bar Association.