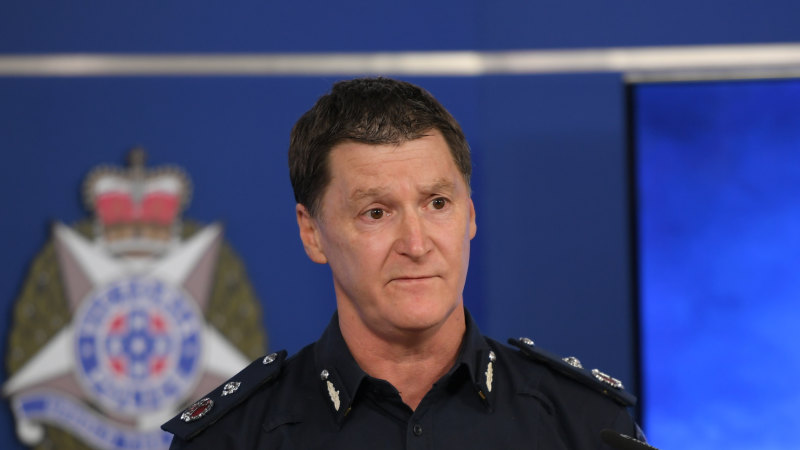 Poor leadership was evident at the Royal Commission into the Management of Police Informers. Three former chief commissioners (one when assistant director of the Office of Police Integrity) and a serving assistant commissioner explained that they did not keep official diary notes. As one former chief commissioner said, “that’s the way we operated”. The Victorian community needs to be assured that a no-diary regime ceases with Patton’s appointment to the top job.

The then leadership team also spent millions of taxpayers’ dollars trying to keep the “Lawyer X” scandal from the public gaze. Victoria Police was also admonished by Commissioner McMurdo for the extraordinary length of time it was taking to respond to the royal commission’s request for information. All of these examples point to highly questionable behaviour and defective decision-making by those leading Victoria Police.

Perhaps their own reputations and those of the organisation they led took precedence over all else. While the role of chief commissioner is, in part, to sustain and/or improve the reputation of the organisation he/she heads, such protection should not be their number-one priority. It seems that in relation to the management of the police informer program it was, and with disastrous consequences for Victoria’s criminal justice system and Victorian taxpayers.

Another challenge facing Patton is how to address the closed, secretive and sometimes corrosive nature of the police culture, commonly referred to as the “blue curtain of silence”. Despite this opaque curtain protecting police from external scrutiny, the same culture often turns on its own if a police officer dares to report the unethical and unlawful conduct of other officers. It is the whistleblower who is punished, and that punishment takes place at an informal level that cannot be covered in legislation designed to protect whistleblowers.

Commissions of inquiry reports and audits undertaken by anti-corruption bodies have consistently found that when police investigate their own, the standard of those investigations is found wanting. Even though Professional Standards Command (previously branded Ethical Standards Command) theoretically exists to deliver accountability, improve ethical behaviour and instil professional conduct in Victoria Police, in practice, it often fails to do so.

Given the ineffectiveness of police investigating police, one wonders why an internal command charged with this task is referred to by some police as “the filth”. Inadequate investigations and such disparaging and disrespectful language goes to a cultural problem that the chief commissioner must address.

Police say they perform one of the most difficult roles in society and in many circumstances they do. So why is a relatively short, internal training program run by police at a police academy, considered appropriate for those granted coercive powers, including the power to deprive people of their freedom and in extreme circumstances their lives? Surely the police should receive an external and more extensive education and training program before they are given a gun?

The manner in which Victoria Police, under Patton’s leadership, perform their sometimes competing roles will shape the nature of Victoria’s democracy. How the chief commissioner responds to the challenges facing him will determine the vital support police receive from the community when dealing with violent behaviours, keeping the peace and solving crimes.

The community will be watching and evaluating the leadership qualities Chief Commissioner Patton displays when addressing the issues raised here, and other matters as they arise. How he responds will determine the reputation of Victoria Police over the next five years.

Dr Colleen Lewis is a regular contributor to The Age.

Previous A timely wake-up reminder that this pandemic is far from over
Next Should we be able to refuse a coronavirus test?

“I just don’t have worry about lots of things. We have a settled life here,” …