admin July 2, 2020 National News Comments Off on ‘Highly likely’ more suburbs will be locked down amid call for infected to isolate 10 Views 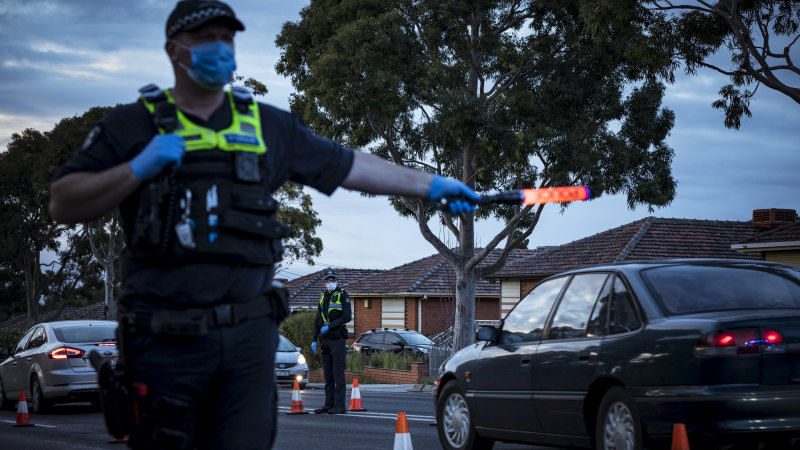 “My guesstimate on our best path out of this is a few more suburbs will go into lockdown and then hopefully we are able to get on top of it,” epidemiologist Tony Blakely from the University of Melbourne said.

To go into lockdown, a suburb’s Local Government Area has to have at least twice the rate of infections as other areas of Victoria, authorities said on Tuesday. The postcode must also have at least five active cases and the rate in that in postcode has to exceed 20 per 100,000 people.

Professor Blakely said it was a “fairly sensible set of criteria” and explained why suburbs such as Coburg in Melbourne’s north – which was the centre of a large family cluster that has infected 15 people so far and led to the shutdown of least two schools – did not have restrictions imposed, while nearby Brunswick West, Glenroy and Hadfield were locked down.

“Those other suburbs must not have exceeded that criteria,” he said. “For example, if all the cases in a suburb were due to just one family cluster and that was really well contained you wouldn’t need to worry about it so much as areas where transmission was higher.”

Residents in the 10 postcodes deemed hotspots are able to leave their homes for only four reasons: to buy food and other essential items; for exercise; for medical care or care-giving; or to go to work or school.

Playgrounds have been cordoned off, gyms closed and restaurants back to offering only take-away as restrictions return to the highest level yet imposed.

UNSW Professor Mary-Louise McLaws, an infection control expert and adviser to the World Health Organisation said socially isolating within households was impossible if there was a shared bathroom or bedrooms.

“If they can’t social distance at home then the government needs to consider putting them into a dedicated quarantine hotel,” Professor McLaws said.

“We know if you can’t keep a positive case away from their family, you get a family cluster. All the efforts authorities have been putting into this ring fencing will be for nothing if this continues to spread through big family clusters.”

Professor Allen Cheng, director of the infection prevention and healthcare epidemiology unit at Alfred Health, said while he supported the hotel quarantine idea in theory, it should be done on case-by-case basis and not used as a blanket rule.

“The priority should be keeping people isolating and social distancing at home if they can,” he said. “Personal circumstances would also need to be taken into account. It would be really for people like single mums to be taken away from their kids.”

Victoria’s Chief Health Officer Brett Sutton said the state’s new cases were “largely in the hot zones, but not exclusively”.

Of the new cases 13 were linked to known outbreaks, 37 were discovered through routine testing and the source of 27 cases was still under investigation.

Fresh data revealed the municipality of Hume had 85 active cases of the virus, Brimbank had 49 and Moreland had 32.

Authorities have so far refused to provide a suburb-by-suburb breakdown of infections with the only publicly available data analysed by Local Government Area, fuelling anxiety among residents who live in suburbs surrounded by hotspots.

Professor Sutton also confirmed there was now worrying evidence suggesting virus transmission had occurred at schools, including cases of children being infected by other children.

Of the new cases on Thursday, two were linked to Al-Taqwa College in the city’s west, bringing the total to 15.

Five were linked to Albanvale Primary School including three children, a teacher and a close contact, bringing the total of that cluster to 14.

Asked whether more Victorians would die from the virus, Professor Sutton said he was afraid this was “absolutely a possibility”.

“Perhaps not unexpectedly, there are now 20 patients hospitalised, an increase of five since yesterday, including four in intensive care, which is an increase of two,” he said.

Professor Sutton said authorities were watching other postcodes closely to see if they would need to be added to the lock-down list and could not rule out that as a possibility.

Previous Ghislaine Maxwell, associate of Jeffrey Epstein, arrested by the FBI
Next We shouldn’t blame those in lockdown – we should thank them