How climate change is affecting your cup of coffee

admin July 2, 2020 Latest News Comments Off on How climate change is affecting your cup of coffee 27 Views 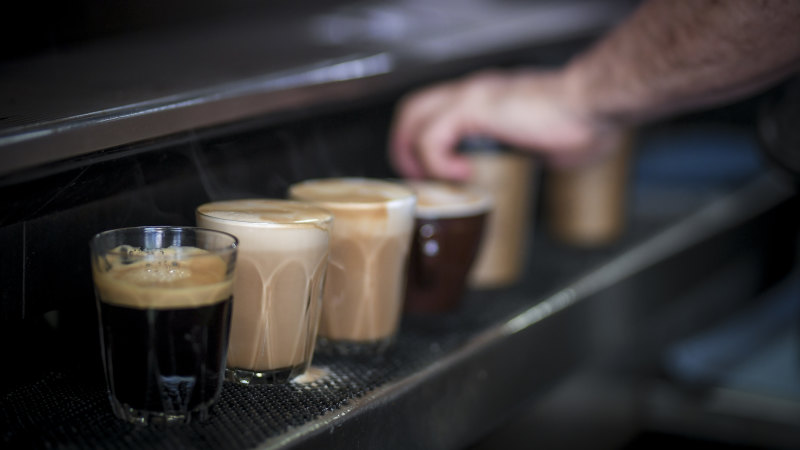 “It was assumed that robusta was quite a heat-tolerant type of coffee, and that’s why they grow it in south-east Asia and a lot of the hotter parts of the world,” Dr Jarrod Kath from USQ’s Centre for Applied Climate Sciences said.

“It was thought that it could handle average temperatures up to even 30 degrees Celsius, but when we looked into its relationship with those climate variables, we found it performed best at much cooler conditions, so around 20.5 degrees.”

The issue is not whether the plants can survive at the higher temperatures, Dr Kath said, but whether they could produce a viable crop.

This is especially important, he said, because it had widely been thought that coffee plantations could transition from arabica to robusta crops as the global temperature increased.

“It’s certainly still true that robusta is a more hardy crop than arabica, which is quite sensitive to changes in temperature,” he said.

“Changing from arabica to robusta production could still be the way forward for many growers, but it might not be as successful a strategy as previously thought.”

Compounding the issue, Dr Kath said, was the fact many poor farmers across south-east Asia had turned to growing robusta beans to help meet the insatiable worldwide thirst for coffee.

“We’re not going to run out of coffee any time soon, but there’s going to be some quite significant economic consequences for those farmers,” he said.

“Those farmers who are in those higher-temperature areas already, they might get to the point where they can’t produce enough beans to justify continuing to grow coffee.”

The research was conducted as part of the De-Risk Southeast Asia collaboration project with the World Meteorological Organisation and the International Centre for Tropical Agriculture.

It looked at 10 years of data across 500 coffee farms in Vietnam and 100 farms in Indonesia.

Previous From the Archives, 1994: Tennis great stood tall among champions
Next Who is Ghislaine Maxwell, the Epstein confidant detained by the FBI?