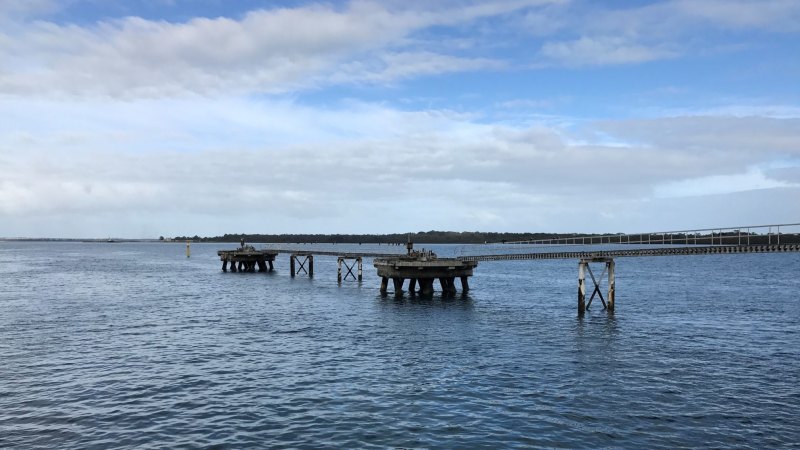 “After a summer of weather extremes and fires, now is not the time to be pushing through a new fossil fuel project on Melbourne’s doorstep,” said Victor Komarovsky, of the conservation group Environment Victoria.

“The EES [environmental effects statement] consultation will make clear what is already obvious to us – that AGL’s proposal risks destroying much of what we love about the Bay, that it’s going to hamper, not help the local economy, and that the vast majority of the local community outright rejects it.”

The project is also facing opposition from within the Morrison government, with federal MP Greg Hunt, whose electorate takes in the area, stating he has been “clearly and consistently” against the the company’s plan and the re-industrialisation of Crib Point generally.

According to AGL’s documents released on Thursday, the proposed project would generate 500 jobs at the peak of its construction and 40 permanent jobs once in operation.

The push for the terminal – to import gas from elsewhere in Australia and overseas – is the one of two such projects being proposed in Victoria after ASX-listed Viva Energy detailed its ambitions to transform the site of the 65-year-old Geelong oil refinery into an “energy hub” including an import capability. Viva’s Geelong site would likely encounter less community resistance than AGL’s Crib Point plan, and would have the benefit of closer proximity to existing gas pipeline infrastructure, a larger port and a major hazard facility.

The proposals come as government and industry leaders look for ways to bring down gas prices that have risen to historic highs in recent years and strained manufacturers who rely on gas as a feedstock. While Australia is one of the world’s biggest exporters of natural gas, most is produced in the nation’s north, far away from demand centres in the south-eastern states, and is sold on long-term contracts to overseas buyers. The Australian Energy Market Operator has warned that Victoria, NSW and South Australia face a gas shortage as early as 2023 as output from offshore reserves in the Bass Strait rapidly declines.

An AGL spokesman the company and pipeliner APA Group had prepared the environmental effects statement for the import jetty and pipeline project, which would be on display for 40 business days.

“A final investment decision will be made by AGL only following an approval being granted,” he said.

Previous Myanmar sets date for election, testing democratic reforms
Next Preparing for the future of work a team effort

‘A huge uptick’: unexpected opportunities that opened during the pandemic

“It’s hard to see that recovering this year,” he said. Professor Lewis said the mining …