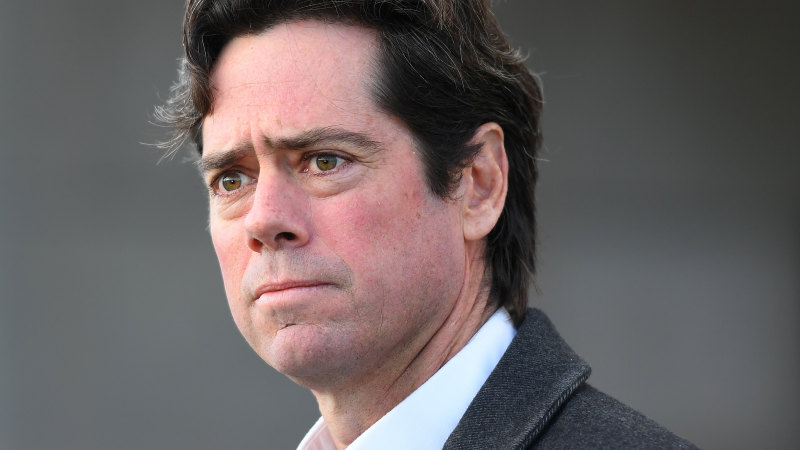 Geelong and Collingwood are both still likely to play on the Thursday and Friday night respectively next week as originally fixtured. Collingwood had been drawn to play Brisbane at the MCG but there was a push for them to instead play the Swans in Sydney on Friday night before flying to Perth for three matches against Geelong then both Perth teams.

The Magpies and Cats are likely to fly back to Melbourne via two weeks in another hub destination.

While round five commenced on Thursday night with St Kilda taking on Carlton at Marvel Stadium, the fixture beyond this weekend is set to change despite schedules for rounds six and seven only being unveiled last week.

The situation changed rapidly following the Queensland government’s move on Tuesday to impose a two-week quarantine period for any sporting teams entering or returning to the state. South Australia then scrapped its planned reopening of borders to Victorians, which had been scheduled for July 20, further limiting the AFL’s options.

Gold Coast have also been preparing for a stint in NSW following Saturday’s date with Geelong at GMHBA Stadium. Brisbane Lions sources are also expecting to play in Sydney in the coming weeks although a fly-in-fly-out arrangement for the Lions remained a possibility according to one insider.

Because of Victoria’s coronavirus spike, it is expected that the 10 Victorian clubs will all be away for at least a month.

Clubs indicated that the AFL had told them that they would get at least a week’s notice before being told to head away, however senior industry figures are now doubtful clubs will even be afforded that level of warning.

Club chief executives and chairs held a video teleconference with AFL chief Gillon McLachlan on Thursday morning, during which more details were expected to come to light however many key details remain elusive.

The clubs were briefed on the changes to the soft cap and cuts at the AFL, news of which was to be embargoed until Monday.

Sources indicated the soft cap on football spending, which was $9.7m before the COVID-19 crisis will be below $6.5m next year.

One figure who attended the meeting said that in addition to difficulties with the states, the AFL also had to balance challenges surrounding the availability of training venues and hotels as well as broadcast requirements at grounds. An influx of matches in NSW would also cause challenges because of NRL and rugby union commitments at the SCG.

A staffer at a Victorian club remarked of the process surrounding the moves that “it’s like we’re preparing for deployment for war.”

Previous Victoria’s Master Builders Association escapes penalties over election scandal
Next ‘Pup’ and the baby: Toomua and Lolesio face off in Wallabies preview