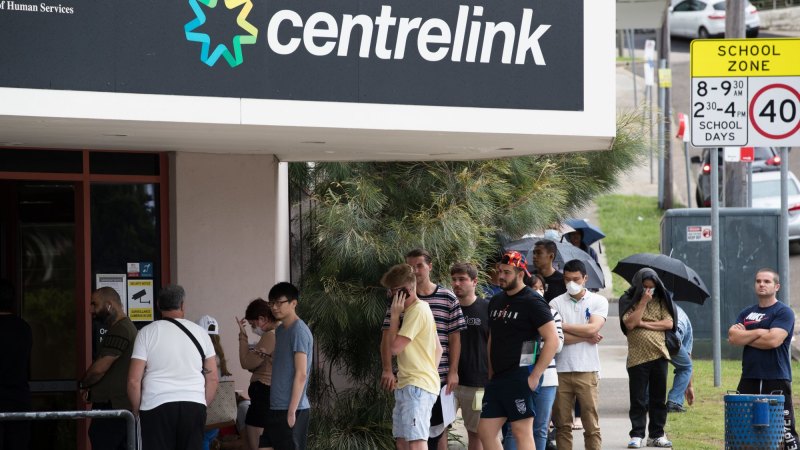 Analysis by the Bankwest Curtin Economics Centre exclusively prepared for The Sydney Morning Herald and The Age shows with expected unemployment levels, the government faces an $11.7 billion bill for the six months after September if JobSeeker returns to its pre-coronavirus level.

Lifting the base JobSeeker payment by $100 a fortnight would cost an estimated $1.6 billion over six months. A $150-a-fortnight increase would cost about $2.7 billion.

Former Nationals leader Barnaby Joyce said an increase of $50 a week seemed necessary, especially for people in rural and regional areas who did not have access to public transport and faced higher costs than those in major cities.

“There are going to be a lot of people unemployed and trying to find a job and you can’t just do that on $280 a week,” he said.

The Nationals member for Nicholls in Victoria, Damian Drum, said he expected the government would consider a “modest” permanent increase of $5 to $10 a day to JobSeeker when the coronavirus supplement dropped off and he would be supportive of this increase.

“It has to be balanced very delicately because I have a range of employers talking to me that have had people knocking back full-time jobs as they don’t want to endanger their JobSeeker payments,” he said.

The Nationals member for Cowper in NSW, Pat Conaghan, is supportive of increasing the JobSeeker rate by $75 to $95 a week, both figures previously proposed by social services groups.

Mr Conaghan said a report from the NSW Council of Social Service last year found Kempsey and Nambucca Heads, two towns in his electorate, had a large proportion of families and children living under the poverty line.

“$280 a week was insufficient for anybody to have quality of life. It’s inadequate for anybody,” he said. “I have no doubt, without naming names, there are ministers who agree with me … I urge my government to seriously consider the way they deal with the review of JobKeeper and JobSeeker.”

Labor social services spokeswoman Linda Burney would not be drawn on the size of JobSeeker increase she supported, instead arguing the end of the coronavirus supplement meant many unemployed people would face a severe financial hit.

“JobSeeker snapping back to its old base rate will push Australians into poverty and put the economic recovery at risk before it even gets going,” she said.

“Millions of vulnerable Australians are increasingly anxious that they will be left out and left behind by the Liberals in the first recession in three decades.”

But any increase in JobSeeker’s base rate will eventually weigh on the budget.

Westpac’s economics team on Friday sharply increased its forecasts for the size of the budget deficit, predicting it would reach $90 billion in the just-completed financial year and a record $230 billion in 2020-21.

The bank’s chief economist, Bill Evans, said before the pandemic the government was expecting a cumulative surplus over last year and this year of $11.1 billion. Instead, it could reach a cumulative deficit of $325 billion.

The nation’s debt agency on Friday confirmed it would sell a government bond that would not be repaid until 2051. Gross debt has now reached a record $691.3 billion.

Mr Joyce, who as shadow finance minister in 2010 warned Australia’s debt level would get so large it could not be repaid, said he had actually underestimated how much debt the country would run up.

“The bull’s gone through the gate and is in an even bigger paddock,” he said.