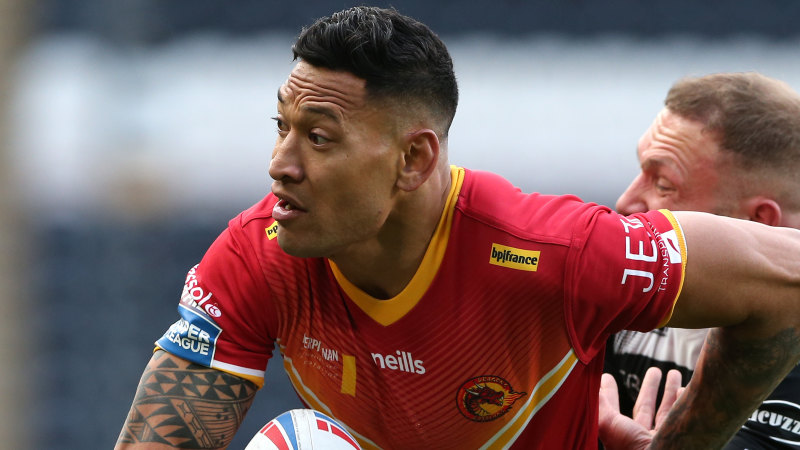 Before the season was suspended due to the COVID-19 pandemic, Folau had scored one try for the Dragons in three appearances. He was one of several signings for the club in 2020, including premiership winner James Maloney, who joined from the Penrith Panthers.

Coach Steve McNamara said he was “delighted” Folau was staying on.

“The most impressive asset he showed in the short period before the confinement was his willingness to work hard for the team,” McNamara said.

“On top of that he is clearly a great athlete with a tremendous skill set. We look forward to seeing him continually improve and have an even greater influence over the team’s performances through 2020 and 2021.”

After Folau had his Rugby Australia contracted terminated in April last year as a result of repeated homophobic comments on his Instagram page, then ARL Commission boss Peter Beattie slammed the door shut on an NRL homecoming for the former Broncos and Storm player.

“We are an inclusive game and we want to make certain that everybody feels part of rugby league. That is why Israel’s comments are not part of that inclusiveness,” Beattie said in May 2019.

When Folau was signed by the Super League club in January, opinion was divided. One of the Dragons’ opponents, Wigan Warriors, went as far as to schedule ‘Pride Day’ for their clash against Folau’s team. That game was never played due to the lockdown.

Dragons Chairman Guasch said Folau had shown he was a “respectful player” since he’d arrived at the club.

“His decision to stay at the club for one more season honours him. Once the media storm that followed his signing passed, and after only three appearances, he received many requests and became a highly demanded player – but he feels gratitude to the club.”

The Super League is set to resume with three games on August 2nd, with the Dragons taking on St Helens.

Previous ‘Give me the shot’: Papenhuyzen reveals whisper to Smith that led to clutch kick in epic win
Next Winmar mediation case resolved but more to be done