admin July 3, 2020 Victoria News Comments Off on Loss of serenity in the suburbs could stymie airport’s growth plans 115 Views 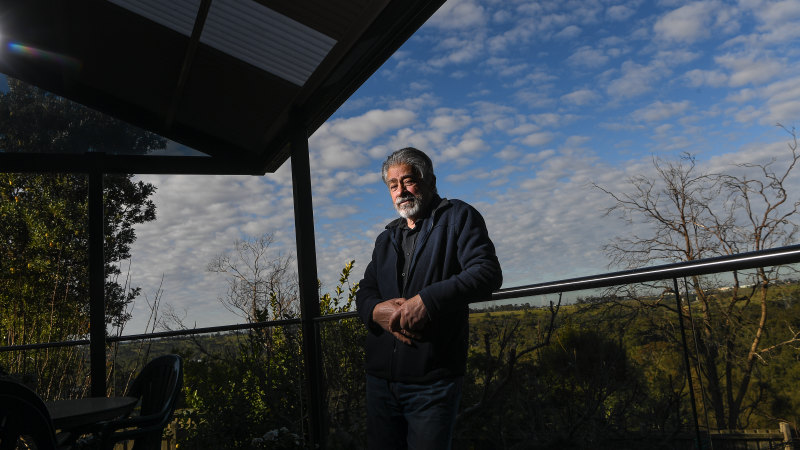 Melbourne Airport is forging ahead with plans for a third runway despite the lull in operations, putting thousands of homes such as Mr Sayer’s directly beneath its flight path.

About 30 schools and childcare centres will be exposed to aircraft noise once the north-south runway is built in 2025, including Keilor Primary School where Mr Sayer’s grandchildren are enrolled.

Aircraft noise will be so severe there that federal government guidelines deem it “unacceptable” for any school.

“It’s already very noisy in the classrooms and the schools are not soundproofed,” Mr Sayer said.

Tullamarine was chosen as the site for Melbourne’s airport in 1959 when it was little more than farmland.

But as successive state governments approved housing on the airport’s perimeter, many thousands of homes are now clustered beneath the flight path.

The airport’s sound footprint increased by 156 square kilometres in just five years to 2018 and noise complaints are skyrocketing in Keilor, Avondale Heights and even in West Footscray and Yarraville.

Each day residents in Bulla are exposed to 228 noise events of more than 70 decibels – equal to the noise of a motor mower or vacuum cleaner.

Resident concerns about aircraft noise in Sydney led to night curfews in 2015 and the development of a second, curfew-free airport at Badgerys Creek.

Melbourne Airport has warned that continued housing development will constrain its around-the-clock operations, which allows an additional 2 million passengers annually, contributing $590 million to the Victorian economy.

Since January last year, the airport challenged up to 13 housing developments on its edge, including 57-lot and 58-lot subdivisions in Taylors Lakes.

“The long-standing preservation of the green wedges to the north and west of Melbourne Airport must be continued into the future,” airport executive Jai McDermott said.

“We must absolutely avoid encroaching development in these areas, or otherwise risk crippling the growth of a key strategic asset that facilitates vital economic benefit for all Victorians.”

Developers are pushing ahead with plans to build housing beneath or very close to the airport’s flight path, including a 191-unit development in Sunshine North; a five-storey, 152-bedroom aged care facility in Gladstone Park; and a large multi-unit development on Driscolls Road, Kealba.

They are taking advantage of outdated state planning controls around the airport, which rely on 17-year-old noise forecasts. It means developments are being approved by councils that would not have been allowed if today’s standards were enforced.

A federal Department of Infrastructure, Transport, Cities and Regional Development spokeswoman said “guarding against incompatible developments near airports is the responsibility of state authorities through their planning controls”.

But RMIT planning expert Professor Michael Buxton said this was too little, too late.

The state’s planning system had consistently failed to contain inappropriate development around the airport and tougher standards were urgently needed, he said.

Melbourne Airport would have a night curfew within a decade, he predicted, due to development creep in greenfield areas, the growth of areas such as Sunbury and Melton and increasing density in built-up suburbs to the airport’s south and east.

“Residents are buying in now, on what they think is the current situation but are going to wake up one day and realise what they bought into no longer applies, and that’s when the pressure will come,” he said.

“The first causality will be the airport’s curfew-free status but eventually a huge amount of money will be spent retrofitting housing with noise attenuation.”

Tullamarine was chosen as the site for Melbourne’s new airport because of the lack of nearby urban development.

The airport, which was needed to relieve capacity constraints on Essendon airport brought by surrounding housing, was the first in the country to have buffer zones designed to lower noise and limit housing.

But by the 1970s, urban development around the airport grew, as state governments rezoned land from rural to urban and residents’ calls for federal legislation on aircraft noise were ignored.

It’s a far cry from the vision for the airport when it launched in 1970.

At the airport’s opening, former prime minister John Gorton declared nearby residents would never be “harassed by the noise”, noting it would be up to state authorities to avoid the build-up of housing settlements.

“Having the airport, let us have a buffer zone around it, and it then will operate as an international airport should.”