admin July 3, 2020 National News Comments Off on NSW should be worried but not just by the risk of transmission from Victoria 23 Views 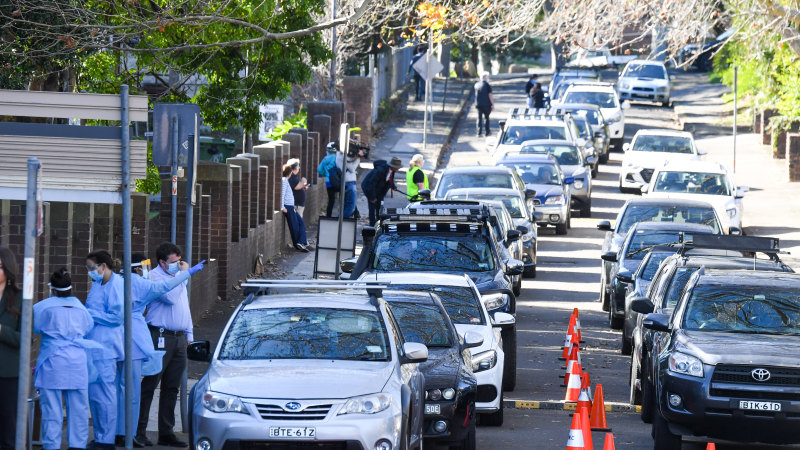 We have the advantage of being an island, which means we do not have to worry about land borders with other countries – but we are now facing tough questions about internal borders, with a resurgence of cases in Victoria.

The apparent breach in quarantine in Melbourne is a concern, and the subject of an investigation that will reveal more about what exactly went wrong. A group of security guards became infected, presumably from a returning traveller, although that is not clear, and set off a community epidemic.

The resurgence in Victoria is also a concern because the majority of cases have arisen from community transmission. This is more difficult to control than travel imported cases, because we know who the return travellers are – infected people in the community are harder to identify and track.

The Victorian government has done a phenomenal job in taking testing to affected suburbs and making it accessible. Testing is an essential part of the response, as it identifies new infections.

A person who tested positive in quarantine in Melbourne was allowed to travel back to Sydney, where they worked at a supermarket while symptomatic. The exact details of what happened and how long the person was quarantined and isolated are unclear, but the national guidelines do not recommend re-testing an infected person who is asymptomatic or mildly unwell after the required period of isolation is completed. Only immunocompromised people are recommended for exit testing. This is because infected people can test positive for several weeks, and whether or not they are infectious at the tail end of infection is unknown. A study in South Korea showed that people who test positive weeks after the initial diagnosis generally are not infectious. However, the jury is still out on this and there is uncertainty.

In light of these events, it is worth considering the cost-effectiveness of re-testing a few hundred infected people before allowing them to travel interstate, compared with needing to do a 100,000 tests and locking down a community after an epidemic has occurred. The implications for allowing people who were recently infected to go into customer-facing roles in the workplace without re-testing should also be reviewed.

The Victorian government implemented local, targeted lockdowns in affected suburbs this week. Localised lockdowns with vastly expanded testing worked in South Korea in March when the country faced a surge in infections.

In addition, we are seeing border measures at domestic airports and on other travel routes between Melbourne and Sydney, as well as a ban on Victorians travelling to other states. Face masks have not been recommended actively, although would likely help control the epidemic in Victoria. There is increasing evidence that spread of SARS-CoV-2 is as much due to the air we breathe as it is to what we touch or who coughs in our face. This, plus asymptomatic infection, is a reason why physical distancing and masks are a good idea.

NSW should be worried, not just because of the risk of transmission from Victoria, but because we are in the midst of the worst pandemic of our lifetimes. The infection may come in from people coming in from Victoria, or from other return travellers.

Two weeks quarantine is to make sure infection doesn’t manifest during the average incubation period. Over 95 per cent of people will get infected within two weeks of exposure, but a few take longer. Others still, who become asymptomatically infected during quarantine, may exit and spread the disease in the community if they are not tested routinely.

There may even be low levels of community transmission in NSW not yet detected. This is possible because 80 per cent of cases are mild or even asymptomatic. On average, a person with COVID-19 infects two to three other people. This means if one infected person comes to Sydney and infects two people, they may or may not get sick in about two weeks time. Chances are all will have mild infection and not even realise they have it. Those two people may then infect another four people between them, and it will take another two weeks for them to get sick, and most likely they will have mild infection.

There is also clear evidence now that 16 to 45 per cent of all infections occur in people who never develop symptoms, and also that the two days before developing symptoms are the most infectious. So the epidemic can grow silently, unknown to authorities, for anywhere between two and eight weeks or even longer after it is first seeded. When it gets big enough, the 20 per cent with severe illness will be noticed in the health system.

We are not yet out of the woods from the protests that occurred two weeks ago – it may take one to two months to make sure no epidemic arose from that event, or from the sporting events which are occurring around the country. The resumption of many social activities and mixing of people will increase the risk of a resurgence. If most people use the COVIDSafe App, we can quickly detect outbreaks and stop them.

Evidence is accruing that super-spreading is a factor in transmission of SARS-CoV-2, with 80 per cent of infections caused by 20 per cent of infected people. This means that even though on average, one person will infect two to three others, some people will not infect anyone, and others will infect 20 or more people.

Superspreading may be a combination of factors such as how much contact the infected person has with others, as well as the amount of virus they are releasing from their respiratory tract.

We have no way to predict who will be a super-spreader. But one such person in a shopping centre, on a crowded train or at the football, could set off a large epidemic.

We can still be hopeful of containing COVID-19 in Australia, but we face a long, bumpy road ahead. There are many reasons why we should be all concerned, and we all need to do our part by physical distancing, downloading the COVIDSafe App, and using a mask in crowded settings.

Professor Raina MacIntyre is the head of the Biosecurity Research Program at the Kirby Institute, UNSW Medicine.