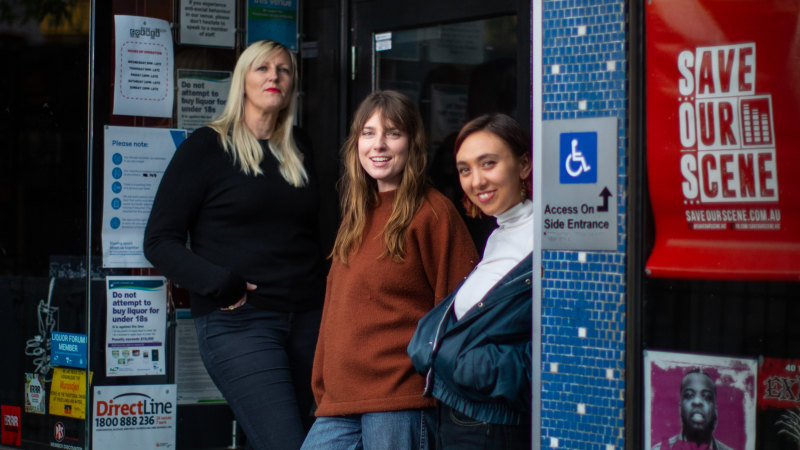 “While our love of music has continued online throughout the shutdown, paid work for many in the industry has dried up. By helping to secure venues for the future, we’ll help the industry bounce back when it is safe to do so.”

A government spokesperson said the minimum and maximum grants available and specific details around eligibility would be revealed in coming days.

This package is an investment in the future of our music scene that will benefit artists, industry and ultimately music fans.

Applications for grants will be open from July 16 to August 6 and follow the statewide Save Our Scene campaign that was launched in late May, when venue owners banded together to highlight the many difficulties faced since hospitality and live music ground to a halt in March.

“This is a really great start,” Ms Ubaldi said. “Obviously we don’t know how long the coronavirus situation is going to impact our industry, so that uncertainty is a worry, like it is for everyone, but right now this is the help we needed.

“This package is an investment in the future of our music scene that will benefit artists, industry and ultimately music fans by protecting the venues where we work and play, so it means something to all of us.”

Lara Whalley, venue manager of The Corner in Richmond, also welcomed the new assistance package, saying “hospitality and the arts have been hit so hard” and it’s still not clear when venues would be able to operate profitably. Prior to the widespread shutdown of venues, The Corner was among many hosting live music every night of the week.

“Since we’ve been able to have 20 people for dining, we’re in the fortunate position of being able to open but lots of venues don’t have that capability,” Ms Whalley said. “We have staff operating under JobKeeper but JobKeeper is not necessarily going to be there post-September. There’s venues that haven’t been able to retain staff, so it’s great to have that support announced.”

Melbourne musician and multiple ARIA Award-nominee Angie McMahon is among those whose local shows this year have been cancelled. McMahon, who won the prestigious Grulke Prize at last year’s South By Southwest music conference in Texas, said Melbourne’s music scene is world renowned and its live venues have been crucial in countless careers taking shape.

“To me, a venue is like a kind of church, it’s a space where voices can be heard and opinions shared and people are safe, ideally. Particularly in Melbourne, the venues we work in and we work towards building, like The Corner, are safe spaces and they’re exciting spaces for ideas and for growth and music and joy.

“Right now we can’t all be standing in venues but we need those places to be supported because when the time comes when we can have gigs again, where are they going to be if those places aren’t being looked after?”

Alice Skye’s music career has blossomed in Melbourne and the singer and songwriter, originally from Horsham, told The Age she feels fortunate to have the support of local venues.

“It’s great to hear there’s something being done to support venues,” she said. “It would be such a shame to see them not being able to return.”

Guidelines and application details for the Victorian Live Music Venues Program will be made available at creative.vic.gov.au.