‘You hear screaming at night’: Plea to find homes for hotel homeless

admin July 3, 2020 Victoria News Comments Off on ‘You hear screaming at night’: Plea to find homes for hotel homeless 82 Views 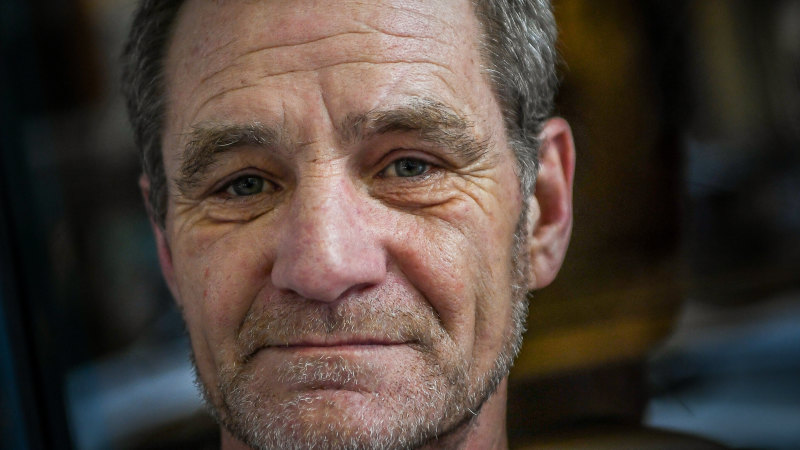 Housing Minister Richard Wynne would not be drawn on his plans for the program.

“All Victorians deserve a safe and secure roof over their heads and the Victorian government is continuing to work with housing and homelessness agencies to provide housing for Victorians who need support,” he said on Friday.

“Our recent funding announcement of $10 million included resources for homelessness agencies to collect data on residents’ future accommodation and support needs. This data collection is currently taking place and once we have the full picture of people’s needs, we’ll be able to shape future responses and ensure anyone sleeping rough, has a roof over their head.”

Separately, the government has advertised a $30 million tender for the upgrade and refurbishment of properties to increase housing options for people with a “critical housing need”.

Melbourne man Paul Barr has been calling a CBD motel room home for eight weeks, having been couch surfing and sleeping in parks for the past six months.

“Prior to that I was in shared accommodation in Tullamarine – it was pretty hectic. I had my door kicked in in the middle of the night, and I had to leave.”

For two months now, home has been Ibis Styles Kingsgate, in the heart of Melbourne’s CBD, which now has most of its rooms occupied by homeless people.

“The smoke alarm’s going off all the time,” Mr Barr said. “I think it’s people smoking in their rooms.

“With the homeless come other issues like mental health or substances. You hear screaming at night, ‘I want this!’ or ‘I want that!’ or whatever. Screaming in the night, three, four, five in the morning.”

Challenges aside, Mr Barr is grateful for a roof over his head and he is deeply worried about what will happen to him and thousands of other homeless people when the funding runs out.

Mr Barr pays about half his Centrelink payments towards the cost of his room, with the government paying the other half.

Council for Homeless Persons chief executive Jenny Smith said homelessness workers had done an “amazing job”, but uncertainty and too few case workers were creating a real risk of harm for those within the system.

Ms Smith said 2000 people faced being on the streets again by the end of the month, and urged the government to take swift action to secure their accommodation.

There are more than 1100 people in motels in the northern and western suburbs alone, including a small number of families with dependent children, according to data compiled by the council.

“This is a time of great uncertainty for everyone, but for people in hotels who don’t know what is happening next, anxiety stemming from a combination of social isolation and concern about being dumped back on the streets is ramped up to unbearable proportions,” Ms Smith said.

“I am very concerned about the toll this is taking on people’s mental health and the risk of harm for this very vulnerable group.”

According to figures compiled by the council, the 350 people being put up in hotels in the western suburbs are split between people experiencing homelessness for the first time, and long-term homeless people including rough sleepers. Between 40-50 per cent have mental illnesses and many have chronic health problems.