A rare insight into what is everyday life for others

admin July 4, 2020 Victoria News Comments Off on A rare insight into what is everyday life for others 24 Views 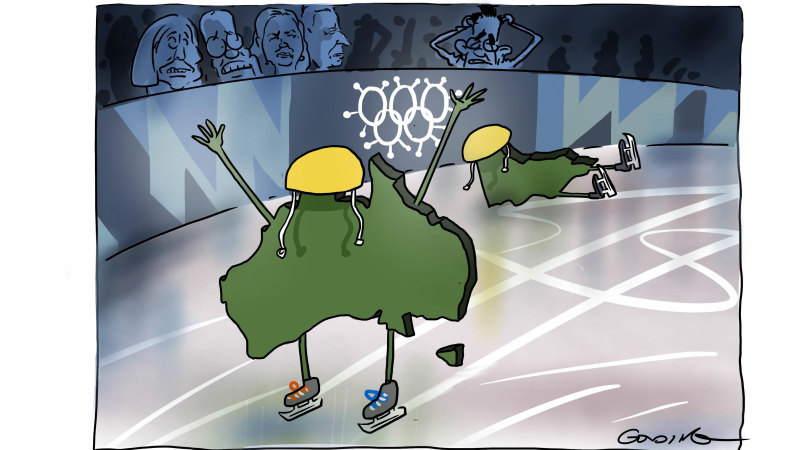 The past is what it is
Greg Baum, writing of footy, racism and the wisdom of hindsight, applies some cautionary foresight to the values and attitudes currently held as correct and wonders if future generations will hold as right what this generation believes is true and right (‘‘It cannot hurt to look back with new eyes’’, Opinion, The Sunday Age, (28/6).
At the moment, because of certain wrongs that exist in the present, there is a massive wave of reaction against particular aspects of the past. The past has led to these wrongs, so the past must be revised, or denied or destroyed.
However, the past ‘‘is what it is’’. It exists. It is unchangeable. But attitudes, values and beliefs are malleable. The question is, what can change them for the better to lead to tangible, beneficial change?
Rage and destruction directed at the past – and the present – may feel good, and feel as ‘‘something’’ is being done, but if this energy is not harnessed into actual betterment of the wrongs, it risks becoming sound and fury signifying nothing.
And, if no change for the better comes out of the current outraged energy, then future generations may be justified in looking back and judging it as wanting.
Deborah Morrison, Malvern East

The third option
Jacqueline Maley (‘‘Time of the Barbarians’’, Opinion, The Sunday Age, 28/6) is spot-on about the Prime Minister’s and the Coalition’s anti-arts and anti-culture attitudes. However her response to accepting credits from venues and producers for bought tickets neglects the third choice, that many of us have donated these tickets to support our wonderful artists.
Olga Abrahams, Southbank

Shouldering the pain
I don’t live in a hotspot suburb but as a child and young adult I once did. West Footscray is the place I called home and it still holds happy, warm memories.
It is where I learnt to be a good neighbour, to welcome newcomers from war-torn countries, to be tolerant and befriend those of different religions and beliefs, to appreciate what little we had, to go without, to make do and to help each other in tough times.
Growing up in Footscray taught me so much … lessons I hope I have passed on to my now adult children.
So in these difficult times as these communities are now again in lockdown they are teaching us by example to do what is right, to follow the rules, to help others, to care for their neighbour and community.
They are taking the pain for all of us. Thank you.
Lorraine Ryan, Templestowe

Don’t deny the past
The recent culture of rewriting history concerns me, from wanting to posthumously promote Sir John Monash from general to field marshal, (which his era thought was not appropriate) to removing statues that people of the past perceived as icons.
Our past is our past, we cannot change it. I believe if we start altering our history, we are denying future generations the ability to reflect not only on where we came from and what societies of the past felt were important but the errors we as a society made.
I understand the concerns some hold, but I am worried. If we forget the path we have travelled, are we likely to forget the battle we have fought to correct the wrongs? Will we be likely to make the same errors in the future?
Embrace our history, don’t rewrite it.
Greg Adamson, Griffith, NSW

A cheerful tale
What a cheerful tale in The Age during all of this COVID-19 gloom (“Bay sign a chip off old block”, 1/7).
Father and son, Ian and Charlie McCrae erected an Elwood sign at Point Ormond.
A slightly clandestine, covert operation, with no tedious planning permit, no OH&S checklist or other bureaucracy involved. Just a dad and his son doing something creative together and having a good time in the process. One hopes that City of Port Phillip will recognise the aesthetic merit of the Elwood sign and erect a permanent version at the site. Perhaps a small plaque to acknowledge Charlie and Ian’s contribution as well.
Rosenna Hossack, Edithvale

Terrible, not surprising
So 10,000 people have refused to be tested. Terrible, yes. Surprising? Maybe not.
The public has been conditioned over the past two decades not to believe environmental scientists. Now the harvest has been reaped – some residents give greater credence to social media than medical science.
We have no choice in being tested for our blood-alcohol levels when driving a vehicle but we do have for COVID-19.
Crazy priorities.
Howard Brownscombe, Brighton

A disturbing trend
It is disturbing so many people are not agreeing to COVID-19 tests.
It appears that there should be no difference to the requirement for random breath testing.
The consequences of both are potentially fatal.
Aliya Porter, Kew

Join forces, please
Tackling this virus is like a war, it should be above political point scoring. Daniel Andrews and his team are doing their best, working around the clock to keep us safe in these uncharted waters. The fact that they have been let down by people they hired in good faith, and by other careless, selfish, greedy or stupid people must be very frustrating.
Just as frustrating must be the attitude of the state opposition, poised ready to pounce on any misstep with outraged criticism and grandstanding. Of course there will be mistakes; decisions, of necessity, have been made on the run. The national cabinet has shown us what co-operation can do.
It would be heartwarming if the state Liberals could co-operate and be helpful to the government. If they joined forces to solve our shared problem, we would have twice as many paid politicians working to help us through this pandemic. They would earn a lot more respect and, who knows, maybe even a few votes.
Liz Harvey, Mount Eliza

Extend the compassion
Scott Morrison should be offering Hong Kong citizens safe haven visas.
However he also needs immediately to address the cruel and untenable situation of refugees and asylum seekers, who have not committed any crime and have been held by his government and previous governments for many years.
These refugees live a daily existence without the possibility of any plan for their future. The citizens of Hong Kong, at least have offers of resettlement from a number of countries.
The political game playing of the current government must end, before the lives of the refugees that are being detained by Australia are further destroyed.
Virginia Schneiders, Mount Dandenong

Alarming rhetoric
Sam Roggeveen from the Lowy Institute makes a good point that we need to consider the impact that long-range missiles will have on those we point them at (‘‘Danger in buying missiles to defend Australia’’, Comment, The Age, 3/7).
The scale of money announced in weaponry was shocking enough, but the use of sabre-rattling rhetoric and the shift from military defence to an aggressive stance is alarming.
When will we have an independent review and a full cost-benefit analysis to assess what we are achieving with our ever-increasing military spend?
It does appear it would be much better spent on aid and diplomacy.
Peter Allan, Brunswick West

Investigate this
Given recent failures, would it not be reasonable to suggest a royal commission into the efficacy of the outsourcing and competitive tendering of public services?
Matthew Engert, Brunswick

To submit a letter to The Age, email letters@theage.com.au. Please include your home address and telephone number.

Deaths in aged care shame us all