AMP executive promoted over fears he would leave firm

admin July 5, 2020 Business Comments Off on AMP executive promoted over fears he would leave firm 127 Views 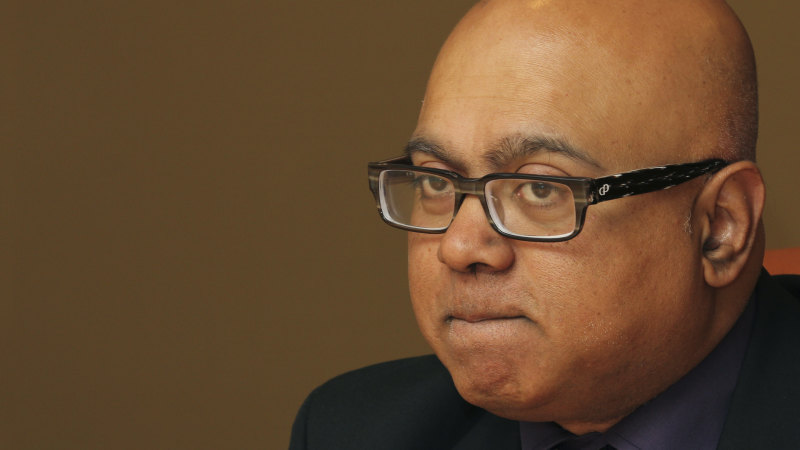 It can now be revealed that Mr Pahari was elevated to the top job despite his disciplinary record because he had discussed leaving AMP, potentially by offering to buy out part of the business to set up his own infrastructure investing outfit.

Such a move would have seen AMP potentially lose his enviable client list and possibly lead to talented underlings also jumping ship to work with him at his new venture.

Mr Pahari’s push to leave put AMP in an difficult position where it was forced to chose between losing the person who had driven profit growth during a difficult period for the company or promoting him, multiple sources with knowledge of the situation told The Age and Sydney Morning Herald.

Mr Pahari is based at AMP’s office in London and he has led the infrastructure equities unit through an impressive period of growth and developed new opportunities for AMP, including the GIF platform, which could lead to the wizened wealth manager becoming a serious global infrastructure investment player.

While infrastructure investment is often seen as staid, another recent case involving alleged sexual harassment at IFM Investors by a senior executive shone a light on the hard-partying ways of investment specialists working on European asset deals.

Mr Pahari was named chief executive of AMP Capital in mid June following the unexpected retirement of Adam Tindall. Mr Tindall was widely respected in business circles and seen as talented and very personable. Despite the blemish on his conduct record, Mr Pahari is seen as outgoing, funny and friendly by some who work with him while others have said he can be abrupt and exacting.

Mr Pahari did not respond to emails regarding his plans to leave AMP before his elevation. AMP declined to comment when asked about whether Mr Pahari had made a management buyout proposal for parts of its infrastructure business or otherwise indicated he was considering leaving AMP Capital.

In a statement, Mr De Ferrari said the board and he had examined the matter at length when considering Mr Pahari’s appointment as AMP Capital chief executive.

“His comments were not acceptable, but he has shown genuine remorse and accepted the consequences. He has demonstrated he has learned from the matter and is committed to being a leader on appropriate workplace behaviour as AMP Capital CEO.”

In regards to the complaint against him, Mr Pahari said via a statement: “I genuinely regret that my comments made a colleague feel uncomfortable. It was never my intention, but I accept that they had an impact and I apologised and accepted the consequences. I have learned from the matter and have applied those learnings in trying to ensure that our employees feel safe and valued at work. I am embarrassed by the matter as I believe in building diverse teams and respecting all individuals I work with, both within and outside our business.”

Meanwhile, the Australian Council of Superannuation Investors said it had sought a meeting with AMP after the allegations were aired.

“As a matter of principle sexual harassment in the workplace is unacceptable and should not to be condoned. Investors expect companies to have measures in place to address and prevent sexual harassment,” ACSI chief executive Louise Davidson said.

The Financial Services Union national women’s officer Angela Budai also slammed AMP’s handling of the matter, saying it was part of a broader issue in corporate Australia including within the finance sector.

“Unfortunately, AMP’s handling of this matter lines up with that way that these types of complaints are handled more generally, both in the finance sector and the broader community,” she said.

“The way the matter was handled serves to highlight the limitations of the current regulatory framework. The current framework does not include a positive duty on employers to prevent sexual harassment and put the onus on the individual victims to complain.”