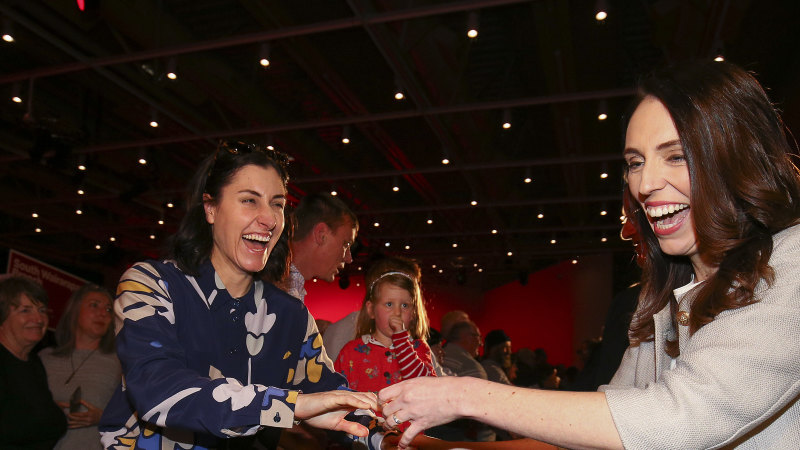 If the prime minister’s high ratings are mirrored in the election results, Labour would govern on its own, without needing a coalition.

The government’s early and hard coronavirus curbs that paralysed economic activity have put the country in a technical recession for the first time in a decade.

She said a loan scheme for small businesses, which allows for no interest loans if paid back within a year and which was to end this month, will be extended until the year-end, and more environmental and infrastructure jobs will be created under a previously announced plan.

“I can’t think of a time in our recent history when we have been collectively challenged by such a cruel combination of events – a terrorist attack, a volcanic eruption, a global pandemic and now its ensuing financial crisis,” Ardern said.

Her leadership, widely seen as compassionate and steely, after last year’s killing of 51 Muslim worshippers in the country’s worst mass shooting, and after the December eruption of a volcano that killed 21, has brought Ardern worldwide admiration.

Ardern also said that progress has been made on the prospect of a “trans-Tasman bubble”, allowing reduced restrictions on travel between Australia and New Zealand.

“We are progressing with all the checks and balances needed for a trans-Tasman bubble, and also on reconnecting with our Pacific neighbours,” she said.

“We have a framework in place that will help cabinet make a decision on when quarantine free travel with these parts of the world should resume.”

Ardern did not offer further detail on the framework or when such decisions could be made.

Previous Flood death toll hits 20 as Japan warned of more rainfall
Next Flashes among the shadows: Donald Trump doubles down on divisions

To open or not to open ski slopes? Chilling question divides Europe

European tourism has been hit hard by the pandemic, with up to 11.5 million jobs …