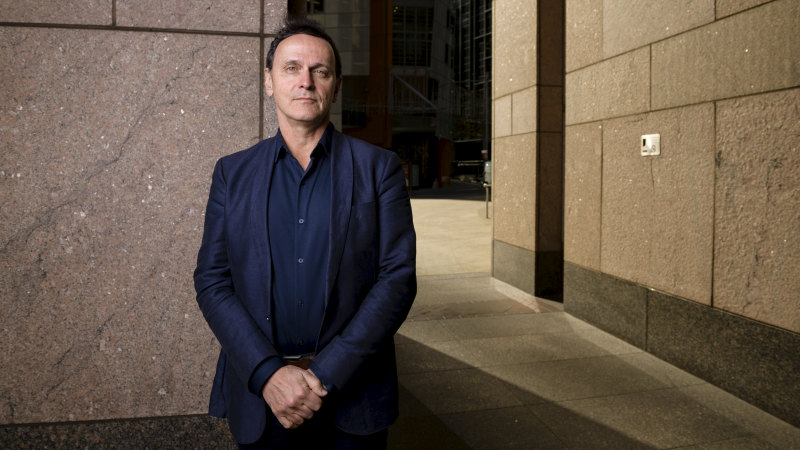 The comments from Gonzalez, who has been CEO of the listed fund manager for a decade, highlight the fundamental dilemma facing all investors: how a bull market can co-exist alongside an economic and health crisis that is far from over.

It is a challenge that is prompting some to re-think rules of thumb, such as the traditional 60:40 balanced portfolio, in which 60 per cent of the assets are in shares and the remainder invested in fixed income. With interest rates near zero and little prospect they will rise anytime soon, Gonzalez questions whether the strategy still makes sense.

“We now have interest rates and yields at such a level that how much more room is there that that [60:40 portfolio] will protect you in difficult times? It may well be that a higher equity component at this point in the cycle.. may be a wiser position than just a plain 60:40 portfolio.”

Money managers everywhere are grappling with similar questions, as they weigh the economic fallout from a once-in-a-century pandemic against central bank policies that have pumped huge amounts of liquidity into financial markets, inflating asset prices.

Pendal is also at its own historic juncture, after recently severing ties with Westpac, which sold its remaining 9.5 per cent in Pendal last month.

The sale brings to a close Westpac’s interest in Pendal, which was until 2018 known as BT Investment Management, and has been listed since 2007 after being spun out of the banking giant. Westpac has been reducing its stake alongside a wider exit from wealth management.

Pendal still has 18 per cent of its $86 billion in funds under management in mandates with Westpac, but Gonzalez emphasises that it has diversified its client base over the years, as it has established itself as an independent business and gone overseas.

Gonzalez got his start in funds management in 1990 at Perpetual. Having grown up in Wollongong after his parents emigrated from Spain, he developed an interest in the markets through a sharemarket game at school where students traded paper portfolios, competing with other schools.

During his time as CEO of Pendal, the company has changed from a domestic fund manager to one that has 70 per cent of its funds under management overseas, thanks to the 2011 acquisition of London-based equity manager J O Hambro Capital Management.

Bell Potter analyst Lafitani Sotiriou says since it acquired the UK manager, Pendal has been able to expand the business significantly, including into the United States. “There haven’t been too many success stories of fund managers moving abroad, but this is one,” says Sotiriou, who has a “buy” recommendation on the stock.

In the last year, shares in Pendal have fallen 17 per cent to $6.06, compared with a 10 per cent slide in the ASX 200. Yet its most recent results from May held out promise for some in the market despite net profits taking a hit on mark-to-market losses, as more than 70 per cent of its funds outperformed over one year.

Responsible investment management is a growing focus for Pendal, and Gonzalez says while environmental, social and governance (ESG) matters have always been a priority for the fund manager, the wider market is now “fully embracing” ESG.

A prime example is the recent intense scrutiny of Rio Tinto, after it blew up a 46,000 year-old Aboriginal cave site in Western Australia, Juukan Gorge.

Gonzalez says the episode shows how seriously investors are taking ESG, which can have direct financial impacts. “It can impact a firm’s reputation, allocation of capital, and ultimately the company’s value,” he says.

Pendal holds 2.4 million Rio Tinto shares, or about 0.65 per cent of its capital, and Mr Gonzalez said the fund manager has spoken with Rio “at the highest possible level to get their perspective and their understanding,” and clients had been asking questions about the incident.

Amid this scrutiny, he says companies are paying a lot more attention to the importance of environmental behaviour, and protecting heritage sites.

“It always was an important part of what they do – but they can’t get it wrong is the message here, because you’ll be under the microscope and people want answers,” Gonzalez says.