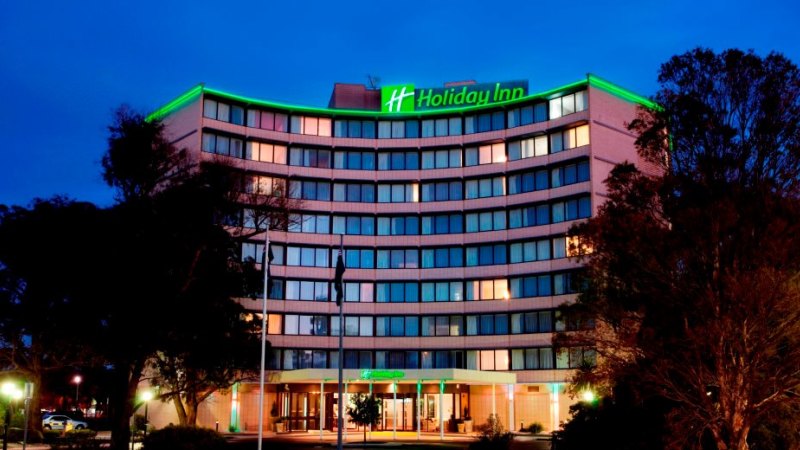 “It has been remarkable to watch the situation in here become less safe, not more, despite a constant stream of media stories about COVID-19 outbreaks that can be traced to quarantine hotel security, and despite the Premier’s announcement of an inquiry,” she said

Ms Clement, who has had work published in The Age, said she had seen security guards and hotel staff without masks or gloves.

She said guards did not dispose of personal protection equipment correctly, raising an instance in which she said she was asked by an unmasked supervisor to put used equipment into a guard’s hands rather than an infectious-waste bin.

Ms Clement, who returned to Australia to visit a dying relative and leaves quarantine on Monday, said she was also concerned about rooms that did not have windows able to be opened, following the recent banning of fresh-air breaks.

“This is a sensible public health response being implemented poorly and it’s putting workers in danger.”

A Holiday Inn worker, who spoke on the condition of anonymity as it could jeopardise her employment, said she and her colleagues were “petrified” to go to work.

“We are all very scared about what’s going on,” she said.

Both Ms Clement and the worker said the number of security guards on each floor had reduced from four to two over the past few days, as the state government transitioned private guards out of the system to be replaced by Corrections Victoria officers.

On Sunday, the worker saw guards not wearing masks or gloves and correction officers had not begun working at the hotel.

The worker said hotel staff responsible for handling the dirty linen of returned travellers were also working on floors used by regular guests.

A healthcare worker also expressed concerns about the practices of security personnel at the Holiday Inn. She also said a “tiny” staffroom had been provided for nurses to eat in, adding to the health risks.

It was reported on Saturday that a health worker at the airport’s Park Royal Hotel tested positive for COVID-19. It is believed the person worked shifts while infectious.

A former security guard employed at Carlton’s Rydges on Swanston, where 19 guards and their contacts were infected, said they received only a 10-minute induction on infection-control protocols.

Meanwhile, an outbreak at the Stamford Plaza has led to at least 31 cases, with a further seven cases in a family in Melbourne’s south-east linked to the cluster still under investigation.

The Holiday Inn referred The Age to the Department of Health and Human Services.

A spokesman for the department said more health workers, additional cleaning and increased infection-control training were being rolled out across all quarantine hotels. Specially trained Corrections Victoria staff are being deployed to provide security.

Previous Barristers turn to other jobs, chambers empty, as pandemic hits legal profession
Next ‘No place for a woman’: Mining supplier sued for sexual harassment