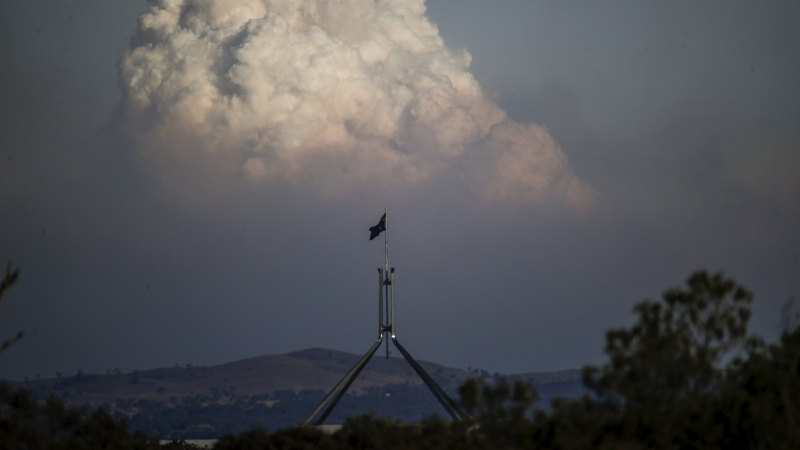 Mr Morrison set a breakneck reporting deadline of August 31, arguing the inquiry must lead to “practical action” ahead of the next fire season, which in 2019 began in August in northern NSW.

Former NSW Fire and Rescue NSW Commissioner Greg Mullins and former interstate counterparts identified holes in federal disaster arrangements that the commissioners may be able to address in their recommendations.

Mr Mullins said the climate change enemy had “gone nuclear”, which required a “step change in how we coordinate the insufficient resources we have to deal with this threat”.

A “huge gap in the natural disaster space” opened up in 2018 when Emergency Management Australia was moved from the federal Attorney-General’s office to the newly-created Home Affairs Department, Mr Mullins said. EMA co-ordinates national support for state emergency agencies.

The head of EMA “no longer has direct access to the Prime Minister or the Department of Prime Minister and Cabinet”, Mr Mullins said. “There needs to be that instant access so that decisions can be fast and made at the top, and I don’t see that now. I know particularly during the bushfires it was too slow and too late.”

Former Victorian chief fire officer Gary Morgan said while EMA remained a “good organisation” it lacked crucial bushfire expertise, with about a dozen people advising the agency but only “one forest fire person on that committee”.

Deficient bushfire input was “probably about egos and people who have been appointed to roles as more in the managerial or in the non-forestry skills side”, he said. Mr Morgan is the current Institute of Foresters fire management committee chairman.

According to former ACT Emergency Services Commissioner Major General Peter Dunn, a current resident of Conjola on the NSW south coast, “non-existent” evacuation plans left people flinging themselves into Lake Conjola as the Currowan fire bore down on the Conjola Park hamlet, where 89 homes and three lives were lost to the flames.

“The evacuation was totally unplanned and it was chaotic and what I can say is that we were very, very lucky that there were not a lot more injuries, indeed deaths … during that evacuation,” Mr Dunn told the commission.