‘Don’t judge them like veterans’: Junior Wallabies coach on nurturing Australia’s next generation

admin July 6, 2020 Sport Comments Off on ‘Don’t judge them like veterans’: Junior Wallabies coach on nurturing Australia’s next generation 56 Views 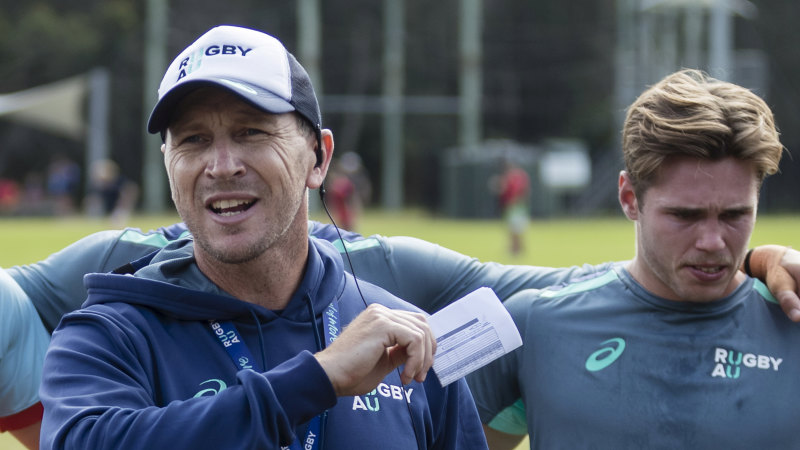 Asked whether the hype was a good or a bad influence, Gilmore outlined his experiences having worked closely with young stars for several years.

“They’re always the new thing, they get signed quickly and pitch-forked into playing Super Rugby really quickly and because teams in Australia in the last few years traditionally haven’t done so well, teams are chasing victories,” Gilmore said. “The added pressure that gets placed on the young guys is almost like they’re judged like they should be 28-year-old veterans. When their performances aren’t consistent as a 19 or 20-year-old, you can see some of the guys losing their contracts and going overseas. You’ve got to pay overs to get them back.”

Many in Australian rugby are crossing their fingers the majority of this group want to remain where they are. Gilmore said the fact many were able to play back-to-back matches was a big help.

“The biggest thing is the coaches have backed the guys and left them in their positions and given them confidence,” Gilmore said. “Will Harrison is a classic [example]; the Waratahs weren’t so successful earlier in the year and it would have been easier to go to Kurtley Beale at five-eighth but Rob [Penney] kept his faith in Will and Will wouldn’t have achieved that performance on Friday if he didn’t have that confidence and belief in the coaching staff behind him.

“I thought Will Harrison had by far and away his best game on the weekend.

“I think as long as the boys know we are backing them and not judging them week to week, I think that’s the key to developing these young kids.”

Gilmore said the new kids on the block had impressed at the next level.

“What this current block has shown is how quickly they have been able to handle playing Super Rugby well and I think that’s been the most satisfying thing from my perspective,” Gilmore said. “You only have to look at the weekend’s efforts; Noah Lolesio at the Brumbies has continued his form from the first couple of rounds. Will Harris debuted. [Reds duo] Harry Wilson and Fraser McReight played really well again.

“Knowing the boys personally, they are so competitive and they want to win. That is probably the thing that has separated them from some of the other younger guys that have come through. These guys want to win and win now.”

The Waratahs will be looking to rebound from a 32-26 loss to the Reds on Friday when they host the Western Force on Saturday at the SCG.

“The boys are pretty firm on it for this week but there’s a difference between talking about it and actually doing something about it on the field,” Gilmore said.

Karmichael Hunt is a chance of returning this week from a hamstring injury that kept him out of the Waratahs’ Super Rugby AU opener.

Previous ‘Horrible’: Demons in disarray
Next It will be hard, but there is a reason for all of this