Drop the pretence when it comes to India

admin July 6, 2020 National News Comments Off on Drop the pretence when it comes to India 76 Views 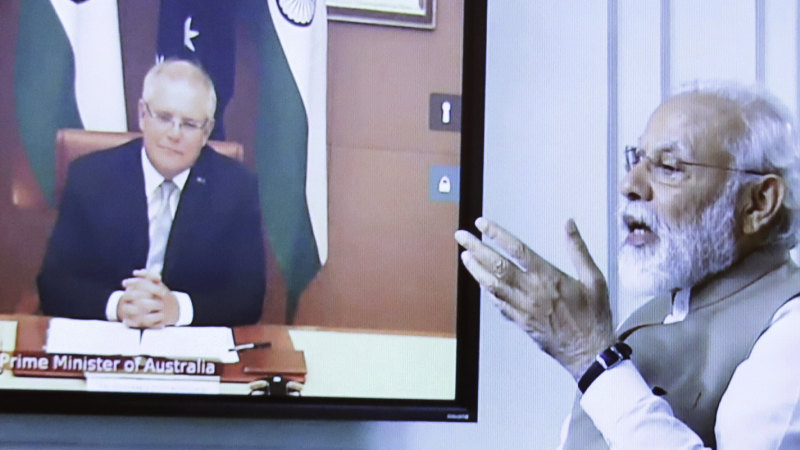 Although little noticed in Australia. Canada’s Global News network revealed in April that sensitive government documents showed the Indian Intelligence Bureau had engaged in protracted covert interference operations, using bribery and other means, intended to gain influence over Canadian politicians and companies. The network did not say whether any politician succumbed. But it reported in January that the government had barred an Ottawa aerospace company Life Prediction Technologies from further military or national security work because of its president’s “consistent”, but undisclosed, contact with Indian intelligence officials.

When I asked ASIO if it investigated whether Indian intelligence services engaged in foreign interference or influence operations in Australia, it replied, “Australia’s counter foreign interference approach applies equally to all countries”. “Equally” seems a little strong. A serious look at all other countries with the capability, not just China, would be welcome.

Last September, Morrison said Australia’s values include support for “freedom from oppression and coercion”. This is not what Modi supports. Last year he abolished Kashmir’s constitutional status as an autonomous state and deployed sufficient troops to put its entire Islamic population of 6 million under effective house arrest. Many thousands of people remain in jail without trial; some have reportedly been beaten and tortured. An estimated 1 million troops remain in control of Kashmir while contentious Hindu migration grows.

Foreign Minister Marise Payne went further than Morrison in a speech in New Delhi on January 9, 2019, when she said that one of the common values both countries hold is that they are “firm believers that ‘might is not right’.” This is nonsense in Australia’s case – it invaded Iraq in 2003 in an unjustified act of aggression that caused tremendous harm. Modi uses military force within India in the clear belief that might is right.

Although the Constitution prohibits religious discrimination, Modi has declared Hinduism to be the “superior” religion and is preparing to expel millions of Muslims from other parts of India, even though they were born, worked and voted there. Previous governments supported religious tolerance to help hold the country together.

Repressive laws curtailing individual liberty, freedom of expression and the resort to secret trials also damage Australia’s values. But we are a long way from Modi’s extreme brutality here.

There is no good reason why Australia shouldn’t have solid diplomatic relations with India without ignoring its serious human rights abuses. But Morrison and Payne should drop their pretence that India shares the same human rights values as we do.