Lynch still in the frame for Swans clash despite surgery 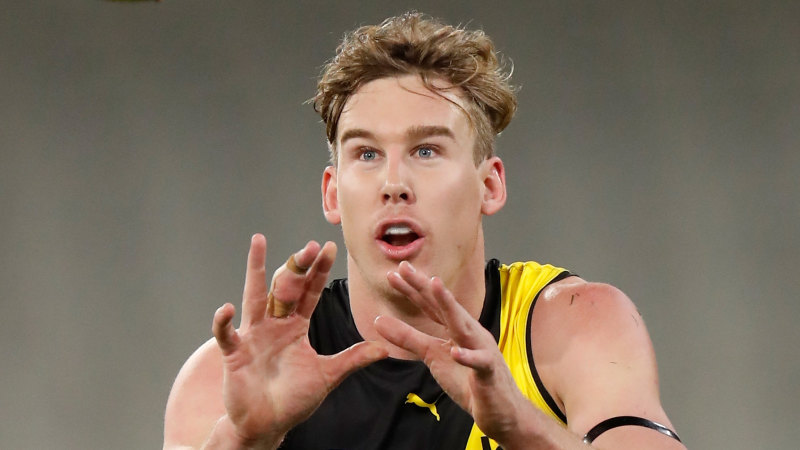 Dual premiership captain and Brownlow medallist Trent Cotchin flew with the bulk of the Tigers squad to Gold Coast on Monday afternoon – joined by the Western Bulldogs – however the midfielder is set to miss the date with the Swans after hurting his hamstring against the Demons.

Lynch broke his finger in the win but still played out the game. He went under the knife on Monday ahead of a rushed trip to the Gold Coast to join his teammates in the hub, meaning he should still be subject to the same quarantine restrictions as the rest of the Richmond players in Queensland and be free to train and play during the notional 14-day isolation period.

As flagged several times in recent days, the Tigers confirmed that Edwards and Houli would remain in Melbourne for personal reasons.

But Richmond remain upbeat that they can keep their premiership defence on track despite the list of significant absentees.

“The injuries from yesterday’s game gave us some challenges, but we’re working our way through them, and we’re really excited for us as a group to get away together,” Richmond’s general manager of football performance Tim Livingstone said on the club’s website.

“We’ve made arrangements for Tom to travel to the Gold Coast this evening. We will see how he recovers throughout the week and make a call on his availability for this weekend’s game.

“We send our congratulations to Bachar and [his wife] Rouba for the safe arrival of their new son, Mohamed, and wish Shane and his partner, Samantha, well as they prepare for the arrival of their first child.”

Houli issued a message to Richmond fans via Twitter on Monday.

“We are off to the hubs now, which is great for the connection of the footy club. Unfortunately I will be staying home. My wife just had a baby named Mohamed and it’s a very significant moment for our family and hopefully everyone understands I won’t be travelling with the team,” Houli said.

“I have to be there to support and show love for my wife and lovely kids.”

The Tigers have split their first five matches, with two wins, two losses and a draw.

Previous Real Footy podcast: ‘You wonder if there’s a discipline problem at Collingwood’
Next Chinese police arrest prominent critic of Xi Jinping with ties to Australia