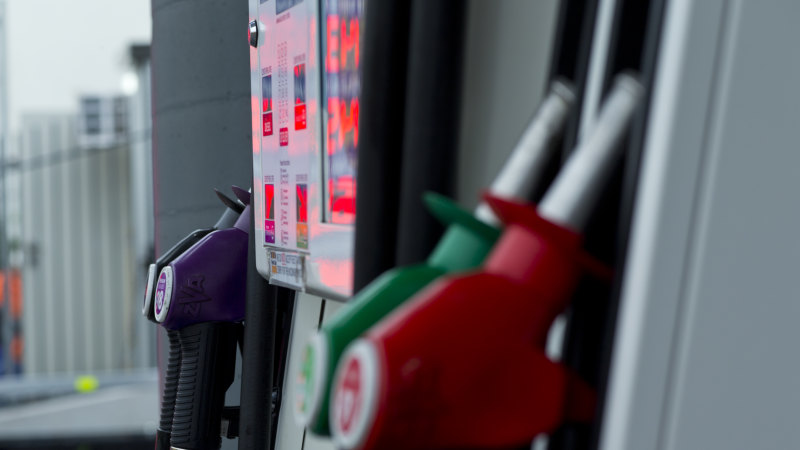 “Due to a substantial reduction in demand for petrol in Australia associated with COVID-19 restrictions, it took longer than normal for prices to come down because it took retailers longer to turn over existing volume bought at a higher price,” he said.

In April, petrol sales volumes across Australia were 43 per cent lower compared with monthly average sales in calendar year 2019, according to the ACCC.

According to price-tracking website FuelPrice Australia, the current average bowser price for regular unleaded petrol is $1.11 a litre in Sydney and $1.10 in Melbourne.

Motoring groups on Monday said the new statistics showed prices at the bowser had not fallen enough and did not properly reflect the international oil market’s record-breaking crash.

“At no time throughout the coronavirus period through March, April and May did the price at the bowser in Sydney and regional areas reflect what they should’ve been. Prices in Sydney, Melbourne and Brisbane should have fallen below 90¢ a litre, but never did.”

Mr Khoury said during every fuel cycle prior to the coronavirus, when retail prices in Sydney hit the bottom of the cycle, there had been a 1¢ or 2¢ gap between the wholesale and retail prices.

“But during COVID that gap was 7¢,” he said. “That shows the price never got as low as it should have, and it was even worse in regional NSW.”

RACV senior manager Nicholas Platt said retail fuel prices did not follow the rapid drop in wholesale prices and metropolitan retailers “likely sought to cover their overheads through margin, rather than volume”.

Prices in some regional locations were slower to fall and remained high in a number of towns, according to the ACCC’s data released on Monday.

“Average prices in Cloncurry, Mount Isa, Emerald, Cunnamulla and Forbes only fell by around 20¢ per litre or less between January and May and have not changed much since then,” Mr Sims said.

Viva Energy, which runs Australia’s network of Shell-branded fuel stations and the Geelong oil refinery, said government travel restrictions to arrest the spread of COVID-19 had “significantly impacted demand for fuel” across the nation.

“Sales of jet fuel fell 73 per cent as international and domestic border restrictions were put in place and sales in our retail alliance business declined between 30 per cent and 40 per cent at the height of the crisis in April,” Viva chairman Robert Hill said on Monday.

“Retail sales have begun to recover as restrictions have been relaxed and domestic flights are beginning to return.”

Previous One of the ‘fathers of the internet’ is wary of China’s plans
Next The Short Squeeze: Approaching a fiscal cliff