Breaking News
Home / AFL / Dreamtime game in the NT? Essendon-Richmond clash in Darwin on the cards

Dreamtime game in the NT? Essendon-Richmond clash in Darwin on the cards

admin July 7, 2020 AFL Comments Off on Dreamtime game in the NT? Essendon-Richmond clash in Darwin on the cards 79 Views 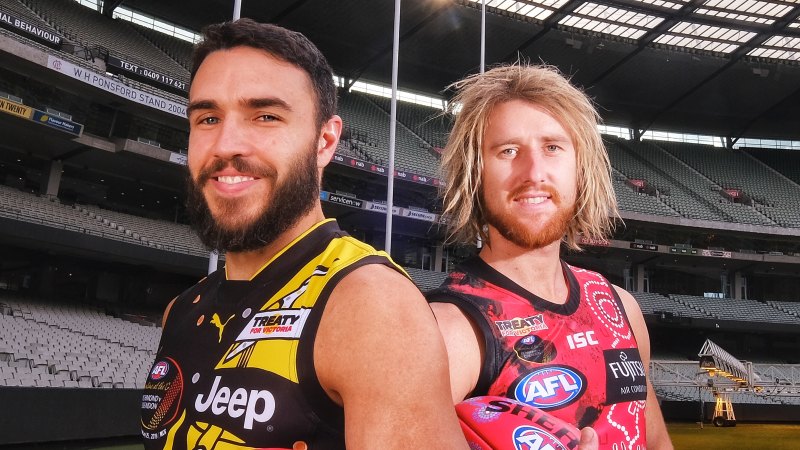 Some club figures were pondering whether the league could look to expedite a substantial portion of the season in the coming weeks by scheduling multiple matches per club per week in a bid to mitigate against the potential roadblocks caused by Victoria’s skyrocketing coronavirus case count and the border restrictions imposed by other states. However an AFL source indicated any fast-tracking of matches was unlikely until later in this season.

The fresh lockdown has also cast major doubts over the viability of this year’s VFL season, which was due to begin in early August, as well as the under-18 NAB League.

In the shorter-term, the Northern Territory looms large as a possible replacement venue for the traditional Bombers-Tigers Dreamtime match, aimed at honouring the contribution made by Indigenous people to Australian football. The blockbuster is generally played under lights at the MCG in late May in front of crowds of more than 70,000.

As the prospect of AFL matches being played in Victoria again this year – let alone with fans allowed to attend – slips away, well-placed sources indicated on Tuesday that a Bombers-Tigers match at Darwin’s TIO Stadium – proposed by AFLNT several weeks ago – is being looked at for some stage between rounds eight and 10.

Both clubs have strong links to the Northern Territory, with Essendon great Michael Long and late Richmond champion Maurice Rioli hailing from the region. Richmond’s Bowden family also have roots in the NT, with 265-game Tiger Joel Bowden a member of the NT Legislative Assembly and his brother Sean serving as AFLNT chairman.

The AFL opted against giving the NT a June or July hub despite lobbying from key bodies in the territory. The Bombers and the Tigers are both staying on the Gold Coast and could conceivably fly to Darwin to play after spending a fortnight of isolation in Queensland, during which time they are still allowed to train and play.

Gold Coast and Melbourne have existing contracts to play a home game this year in Darwin and Alice Springs respectively. Both those clubs are currently based in NSW but say they still intend to fulfil those contracts if possible.

“Territorians love their footy and we are working closely with the AFL to bring our two existing games to the Territory this year,” said an NT Government spokesperson.

“We are the safest place in Australia so it’s not surprising the AFL is interested, particularly given we can safely have crowds at games.

“We’re happy to consider a proposal that meets our tough health guidelines and doesn’t put Territorians at risk.”

The NT has had just 31 cases of COVID-19 with only one still active as of Tuesday. The Territory has started allowing crowds to sporting events with tickets being sold to next month’s V8 Supercars round in Darwin.