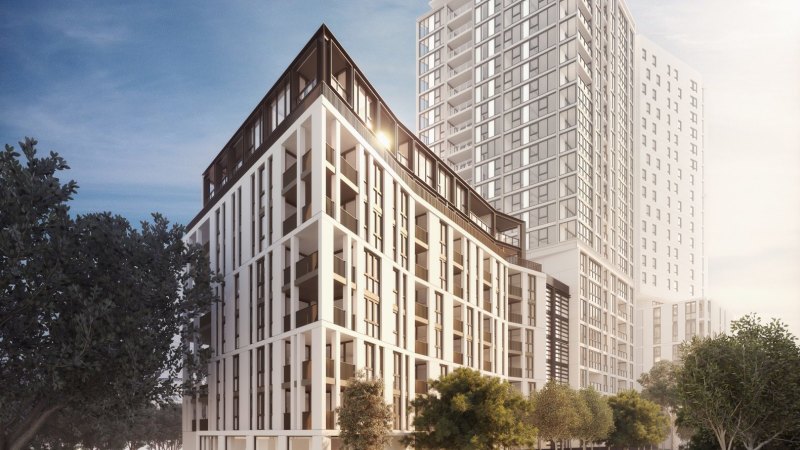 Many REITs have already warned of a decline in earnings, particularly those with exposure to the hard-hit retail sector.

JP Morgan’s Richard Jones said the majority of REITs had announced their June dividends were down on the previous corresponding period, with COVID-19 weighing on rent collection and the potential for asset declines prompting management teams to preserve balance sheets.

“We revised down forecast construction earnings before interest, tax, depreciation and amortisation (EBITDA) in aggregate by $200 million for financial year 2021 and 2022,” Mr Brayshaw said.

“This reflects assumed productivity not yet back at pre- COVID-19 levels for the US business, an assumed decline in construction backlog revenue for the next one to two years and some moderation in divisional margin.”

Lendlease revealed earlier this month that the global pandemic had hit its operations and could result in an after-tax loss of between $230 million and $340 million. That figure included $525 million of engineering and services exit costs.

In contrast, lower interest rates and a multitude of stimulus packages offered by various levels of government will help underpin REITs with residential exposure.

Jefferies head of real estate Sholto Maconochie said Mirvac will benefit from a residential recovery and increased stimulus and grants in the 2020-21 financial year, with increased volumes in the master-planned communities and new apartment releases.

“In addition, we believe Mirvac’s office and industrial portfolio remains undervalued and see upside to both its net tangible and passive income which should grow at 3 per cent to 5 per cent over the next three years, underpinning its growing distribution and payout ratio,” Mr Maconochie said.

Mirvac’s residential division has a pipeline of 27,551 lots with an end value of $13.9 billion, with the group expecting 65 per cent of its earnings before interest (EBIT) over the next three years to come from its master-planned communities.

“Mirvac is also a first mover in the build-to-rent asset class in Australia and expects to have a portfolio of about 5000 apartments over the medium term, which should provide additional, lower volatility passive income and development profits from third parties,” he said.