Massive operation as permit plan put into place at border 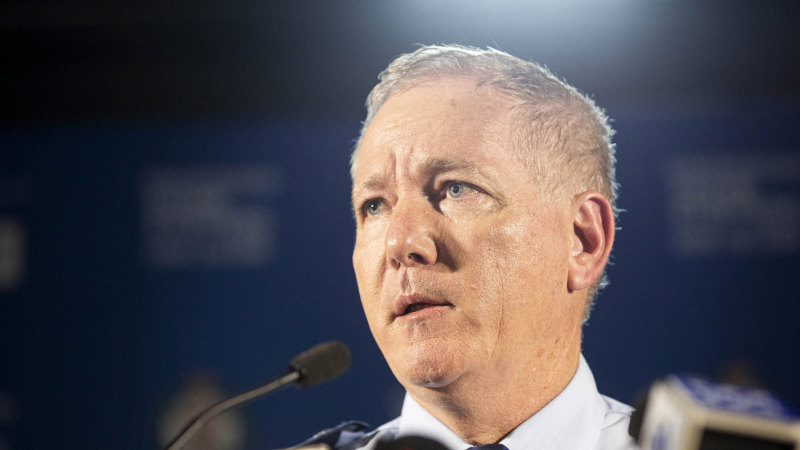 Police Minister David Elliott said Victoria should cover some of the cost of the border operation, considering the size and cost of the task being managed by NSW Police.

“I would think that would be the decent thing to do, given this is an outbreak caused by a situation in Melbourne,’’ he said, later adding Victorian Premier Daniel Andrews was under no obligation to contribute financially.

“However I think NSW taxpayers will feel rightly aggrieved at having to foot the bill for the management of a health crisis in another state,” he said.

The urgent closure of the border from 11.59pm followed another record increase of 191 new coronavirus cases in Victoria. In NSW there were seven new cases of COVID-19.

Five highway crossings, 29 road crossings, and at least 20 dirt roads will now be patrolled from land and air, with drones and fixed-wing aircraft circling those hardest to reach.

“Police will be the gatekeeper in relation to who we let in and who we don’t,” said NSW Police Commissioner Mick Fuller on Tuesday.

“Anyone travelling back from Melbourne has to be considered high risk. We know the transmission rates there are increasing, we know they haven’t got control of that at the moment and that is exactly why the borders are being closed.”

From Wednesday, Victorians are not allowed across the 55 border crossings unless they have a permit.

It follows a Public Health Order signed on Monday night that classified the entire city of Melbourne as a coronavirus hotspot. According to information published by Service NSW on Tuesday night, the permits will indicate whether an individual is required to self-isolate for 14 days, undergo a COVID-19 test or other procedures.

A second Public Health Order on Tuesday gave NSW Police sweeping powers to demand personal details from people, turn them back at the border and to issue $1000 on-the-spot fines or criminal charges for breaches, with penalties of $11,000 or six months imprisonment.

Significant fines will also apply to anyone caught falsifying information to enter the state.

“This is one of the largest joint operations that police in NSW, emergency services and the Australian Defence Force have ever made,” said Mr Elliott.

Given the scale of the operation, he said the border closure was likely to last weeks.

Commissioner Fuller said police would be “reasonable” for the first 72 hours, given the delays to the permit system. “If you can’t get your permit, approach police and explain your situation,” he said.

“If there is a failure in any technology … and you need to cross the border, you need to be patient. We will work with you … particularly those with needs around health and caring.”

In NSW border roads will be classified into three categories.

All will be subject to a heavy police and military presence, while Transport NSW and National Parks and Wildlife will also assist.

A further 29 smaller roads will have police resources and checkpoints, where people with exemptions can cross, however greater delays are expected at these crossings.

Another 20 dirt roads and tracks will be patrolled and surveilled by fixed-winged aircraft and drones.

Commissioner Fuller said people in border town postcodes “will be seen differently to other Victorians” to allow them to travel across the border with a single exemption.

“But if you don’t have to cross the border, please don’t.”