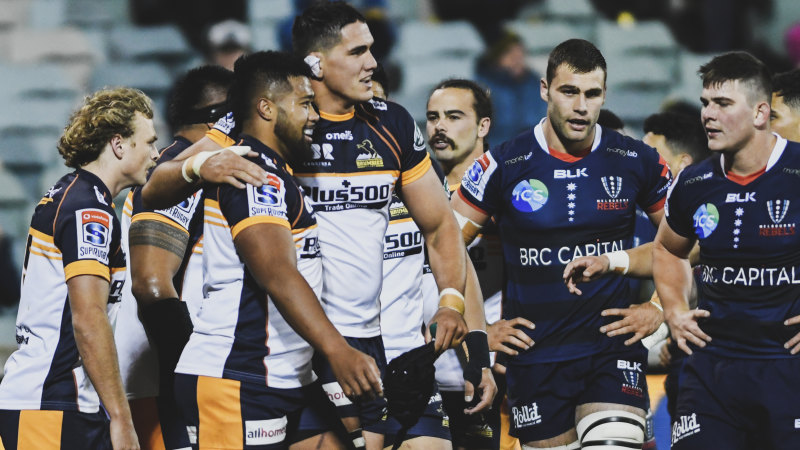 But if the conservative faction of the board were to win out, Australia would have no choice but to go it alone, building out a six- or eight-team domestic competition and opening up squads to South African and Argentinian players, in a riff on the international flavour of cricket’s Big Bash League. Reaching out to Japan would also be an option, sources said.

RA chairman Hamish McLennan declined to comment on the speculation, while NZR did not respond to a request for comment.

The news will come as a blow to proponents of the 10-team trans-Tasman model, which many believe will strike the best commercial and high performance balance for the two countries.

But in the face of potential strong-arm tactics from New Zealand, who would control the eight-team competition, RA is understood to be comfortable with an amped-up domestic option.

It comes as communication from New Zealand has dropped off, with a publicised conference call put off indefinitely between the chief executives of the 10 New Zealand and Australian Super Rugby sides.

The Kiwis could have been waiting to finalise their Aratipu review, excerpts of which were leaked on Wednesday.

One of the recommendations, widely foreshadowed in Australia in recent months, was to disband the 25-year-old SANZAAR joint venture at a Super Rugby level, leaving the four-nation alliance intact for the international level Rugby Championship only.

The move would give all nations the freedom to pursue new alliances, with the potential to link up again in a championship-style finals series. South Africa have long been linked to a permanent move to the Pro 14, although officials have denied this is a serious option.

Clouding the issue is the continued uncertainty over what impact COVID-19 will have on next year’s schedule. Given case numbers in South Africa and second wave potential in Australia, it appears unlikely a long-term structure could be locked in. Even New Zealand, which has allowed crowds to return at sports matches, continues to deal with isolated cases.

Unions could be forced to agree a one-year interim structure and reassess at a later stage, pending travel restrictions.

Mining billionaire Andrew Forrest’s recent $5 million commitment to RugbyWA, plus whatever terms were reached on the Western Force’s participation in Super Rugby AU, appear to have shored up the club’s position as a key part of Australia’s 2021 plans.

The thawing relationship between Forrest and the new RA regime, namely McLennan, put the governing body in an awkward position as regards the rest of the Australian landscape.

On New Zealand’s terms, one or more of the current east coast sides would have to go, an untenable position for the code as it tries to trade its way out of the coronavirus shutdown.