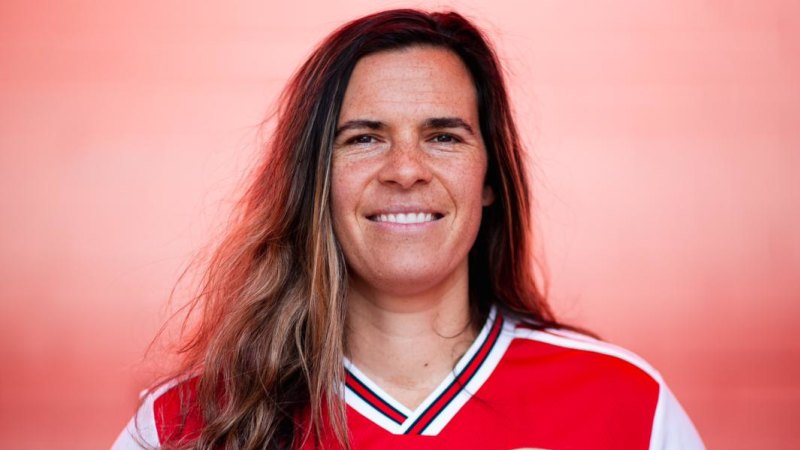 “At Melbourne City I worked with Joe [Montemurro] the second season he was there,” Williams said. “I always wanted to go to Europe as the next step.

“Obviously seeing what he did [winning the WSL in 2018-19] I was immensely jealous and when the opportunity came to be a part of it I jumped at the chance.

“And playing with Caitlin [Foord] at club level, which I don’t think we’ve done yet, is another reason I am pumped to be at Arsenal.

“I am always excited for whatever club I play for, it’s always an honour … but it’s kind of crazy because you watch these teams in the English Premier League as a young kid and now there’s an opportunity to represent a club that you grew up watching. It feels pretty surreal.”

The Australian is considered one of the world’s best goalkeepers but she has a fight on her hands to break into the Arsenal first 11.

Peyraud-Magnin was first-choice keeper for Arsenal in their 2018-19 title-winning season and parted ways with the London club earlier in June for Atletico Madrid.

Williams announced she was leaving American NWSL club Reign FC earlier in March, prompting speculation about a move to Europe, and will also leave Melbourne City in the W-League to join Arsenal. She played in Sweden for Pitea IF from 2012 to 2013.

While Williams is sad about leaving City and Reign FC behind, she is eager to see what she can achieve when given the chance to focus on one club in one location as opposed to frantically globetrotting between clubs multiple times a year.

“I love coming home and playing in the W-League … but to be able to be based in one place for one club is just going to be absolute heaven-sent opportunity. You have to change styles of play between clubs, be comfortable with travel and this will be the first time I will have a pre-season in six years.

“It is different, but not in a bad way. I just want to be in one spot playing at one club.”

In March the most recent WSL season was suspended early owing to the coronavirus pandemic, with Sam Kerr’s Chelsea eventually awarded the title.

The season usually begins in September and Williams hopes to move to London before July is over.