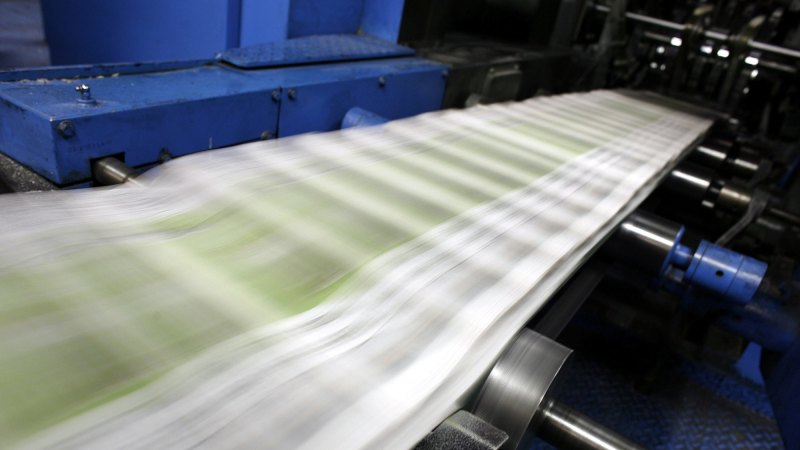 Closure of print centres could relieve some of the financial pressure publishers are under due to an already weak advertising market that has suffered further declines tied to the coronavirus pandemic. ACM temporarily suspended the print edition of non-daily newspapers and shut four print centres in mid-April, but most titles have since returned. One industry source previously told The Herald and The Age that ACM’s print operation costs between $50 million to $70 million to run.

“The proposed closure of these plants will remove a heavy cost burden and more importantly remove a capacity that is no longer required by our business,” a spokesman for ACM said. “The review is designed to ensure that our printing capacity meets the current needs of the business and is the prudent decision to ensure ACM’s ongoing success and its long-term objective of building on its position as Australia’s largest regional media publisher.”

The Australian Manufacturing Workers’ Union said workers had received individual letters “all but confirming” the closures, which are expected to affect about 200 jobs.

Lorraine Cassin, AMWU national assistant secretary for print and packaging, said ACM had used the pandemic to their own advantage.

“We believe this is another disingenuous attempt to use the current situation as a cost cutting measure at the expense of workers and their local communities,” she said. “We will be doing everything we can to support workers and ensure that any site closures are handled with those workers as the priority.”

Mr Waislitz and Mr Catalano acquired nine print sites in Queensland, Victoria, Tasmania and Western Australia in a $115 million in cash and $10 million advertising deal with Nine last July. Mr Waislitz also provided a loan to the company. Beaudesert in Queensland has already closed and some believe Mr Catalano will deploy a similar strategy to when he ran Metro Media Publishing and outsourced the printing of 32 magaziness.

The Sydney Morning Herald and The Age revealed in May that Nine and Australian Community Media had been in talks about the future of its Victorian printing deal. The Age and The Australian Financial Review are both published by Mr Catalano under a deal signed when he bought Nine’s regional publishing business that has two years left to run. However, if Mr Catalano shut his centres, that deal would conclude. The Age and The Australian Financial Review are already being printed by News Corp in some parts of Victoria because of ACM print centre closures.

At Nine’s half year results earlier this year, chief executive Hugh Marks said printing was one area where the media company could cut costs.

“You have to continue to focus on those big cost areas…invest in high-quality cost content, try and get efficiencies in low-quality costs – printing, distribution, big output deals like AAP,” Mr Marks said at the time.

Previous CBD Melbourne: Kearney and Coker jump to the Left
Next National cabinet to decide on hotel quarantine, cuts to flights