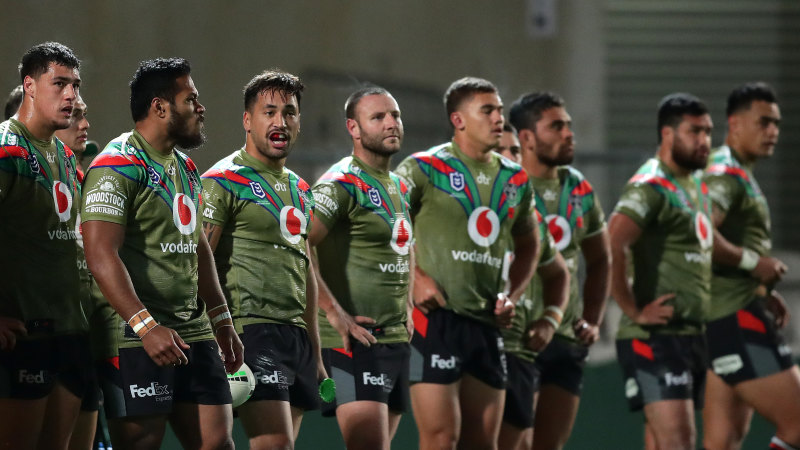 The Warriors have offered to pay their three homesick players about 70 per cent of their wages when they return to New Zealand, if they remain with the team until the end of the month.

Ken Maumalo, David Fusitua and Agnatius Paasi want to return home to reunite with their families. The star trio were ready to depart straight after their heavy round-seven loss to the Storm, but agreed to the club’s request to stay until after the July 19 clash with the Sharks.

Officials hoped that would provide enough time to gain travel exemptions for loved ones or for the establishment of a trans-Tasman bubble between the countries. However, a rise in local coronavirus rates has diminished the chances of that happening, putting pressure on the players and club to make a decision.

After speaking with the three players, Warriors CEO Cameron George and owner Mark Robinson have tabled a proposal they believe represents a reasonable compromise. It would result in Maumalo, Fusitua and Paasi playing on until the clash with Wests Tigers on July 31 and then receiving roughly 70 per cent of their agreed income once they are in New Zealand. They would be required to continue training, initially in isolation, to ensure they remain fit should they be needed later in the season.