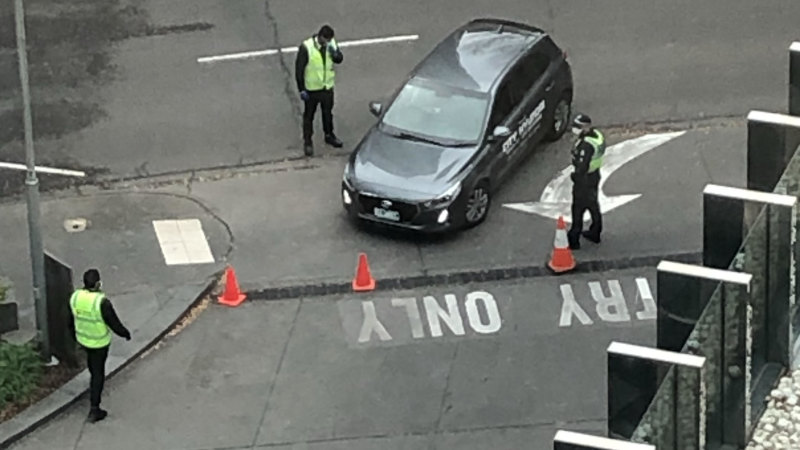 The hotel program and the ministers responsible remain under intense scrutiny after breaches of hygiene protocols and other failings led to some of the outbreaks currently running through Melbourne’s suburbs, which have been linked to hundreds of new coronavirus cases.

The state government says the Working for Victoria scheme, part of its $2.7 billion pandemic economic survival package, has helped nearly 7500 Victorians whose employment was hit by the pandemic back into work.

The program, launched in April, is designed to place workers in jobs with the state and local governments, and act as a jobs portal for the private sector. Guards employed at quarantine hotels were already on the books of the security companies appointed to the scheme.

The teams of cleaners patrolling Melbourne streets sanitising public infrastructure are the most visible presence of the scheme.

But the scheme also includes the nearly 1274 security guards deployed to the quarantine hotels, according to internal “jobs placement breakdown” lists from the Department of Jobs, Precincts and the Regions, which runs Working for Victoria and was instrumental in setting up the ill-fated hotel isolation program.

With some of those guards now blamed for the breakout of the virus from the hotels into the Melbourne community, the government insists that it did not hire the guards through Working for Victoria, saying they were nearly all existing employees of the three security companies contracted for the quarantine hotels.

The internal lists go on to disclose that “new roles through government demanding additional services or goods beyond what would otherwise be provided,” without the pandemic are included in Working for Victoria’s numbers.

Mr Pakula’s office confirmed anyone working in a job created as direct result of the COVID crisis might be counted as a Working for Victoria placement.

Mr Pakula’s office has previously confirmed the three firms, Unified Security, MSS and Wilson, were chosen on the basis of their ability to quickly deploy a large number of trained guards to the quarantine hotels.

A spokesman for Mr Pakula said it would allow the judicial inquiry established to investigate the quarantine debacle to do its work.

“A judicial inquiry has been established at arm’s length from government to examine issues relating to hotel quarantine,” the spokesman said.

“We will let the inquiry do its work – our focus remains on containing this virus.”

Previous Why are masks not yet mandatory in Australia?
Next CBD Melbourne: Kearney and Coker jump to the Left