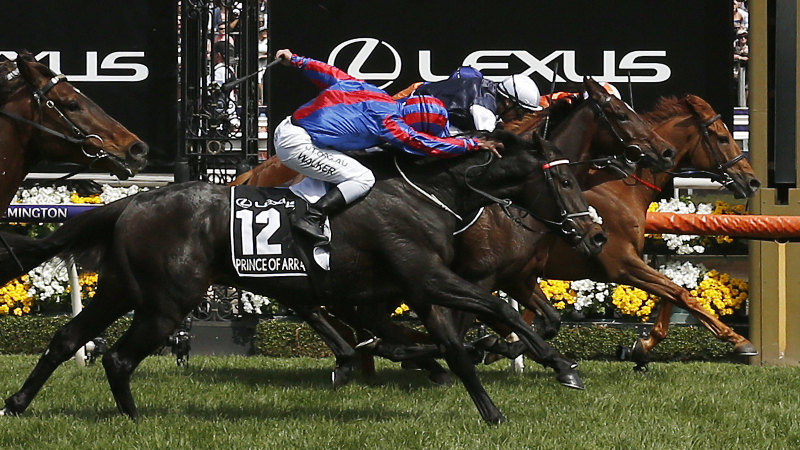 Plans are for only one shipment of European horses to arrive in Melbourne in mid-September.

“It will be a case of a trainer having them in Europe until they leave, and then Australian trainer taking over when they get here,” OTI Racing boss Terry Henderson said.

“We have horses that will be coming and we are making arrangements to change to them to Australian trainers.”

There is no question of the Spring carnival not going ahead, with Racing Victoria and Racing NSW committed to strong programs, but it remains unclear whether crowds will be allowed back on course in Melbourne.

The Victorian capital was placed under stage three lockdown for six weeks at midnight on Wednesday following a concerning spike in COVID-19 infection rates.

“The dates for the 2020 Spring Racing Carnival are set and it remains our intention to conduct all races as programmed,” a Racing Victoria spokesman said.

“We’ve retained existing prizemoney for all our flagship races and over 100 Group and Listed races throughout the Spring Racing Carnival and we are confident that they will remain attractive races for owners and trainers.”

The VRC is still working through several strategies but the infection rate – Victoria recorded another 165 cases yesterday – threatens to rule out crowds at Flemington on Cup day.

“We are planning for a number of different scenarios for this year’s Melbourne Cup Carnival so that we can emerge from this crisis and stage one of the nation’s greatest events that bolsters not only Victoria’s tourism, hospitality and retail sectors, but the spirits of a nation.

“Our scenario planning takes into consideration all aspects of the Melbourne Cup Carnival.”

Racing powerhouses Coolmore and Godolphin are still assessing whether they will be able to send horses to Australia for the spring, but the main concern is getting staff to Australia, which would not be possible under current rules.

“The problem isn’t the horses, it is the people,” Godolphin’s Australian boss Vin Cox said. “We have talked about the horses we would like to bring but they need people to look after them.

“We don’t have to make decision until August and hopefully the situation will be cleared by then.”

English stayer Cross Counter, which gave Godolphin its first Melbourne Cup in 2018, could return for a third shot at Flemington two-miler under the right circumstances.

Coolmore Australia boss Tom Magnier was discussing the Melbourne spring with trainer Aidan O’Brien this week, but said he would wait to next month to make a decision if horses would come to Australia this week.

Previous One on one: Tigers’ summer sales pitch to Mitchell before Doueihi signing
Next NSW grants exemption to Victorian teams as A-League chief faces uncertain future